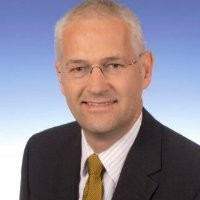 British Cycling’s Board of Directors is set to be replaced after the under-fire national governing body called for an Extraordinary General Meeting (EGM) next month to vote on a new set of reforms.

The constitutional changes, which are being introduced to ensure British Cycling meets the Government’s new code for sports governance, will mean newly-appointed chairman Jonathan Browning will have to re-apply for his unpaid role.

The EGM is scheduled for July 22.

A review into the culture of British Cycling was initiated last year after former technical director Shane Sutton resigned from his role amid accusations of sexual discrimination against sprinter Jess Varnish.

The full results of this review are due to be published next week with June 14 reported to be a possible date.

The organisation has been accused of "sanitising" the report into Varnish's claims, while other allegations include allowing a "culture of fear", including the bullying of riders and staff, to grow.

It was concluded, however, that only one of the nine charges Varnish made against Sutton had been proven.

A draft report of the review, seen by the Daily Mail, alleged that British Cycling's grievance officer Alex Russell found "considerably more" of Varnish's claims had been proven, but those findings failed to appear in the final report.

The panel said that as a result "it appears that not only did the British Cycling Board not accept the findings of its grievance officer, it reversed them".

Another significant change that is due to be voted on at the EGM is the introduction of a limit for directors of a maximum of three three-year terms.

If approved, six of the eight elected members on the current Board would have to step aside by November, when the new code for sports governance comes into effect.

Russell would be allowed to remain on the Board, along with the other female member, Marian Lauder.

Bob Howden, who Browning replaced as chairman in February, will no longer be on the Board.

Browning claimed in April he was "very encouraged" by the way staff and riders were responding to changes outlined in a 39-point action plan.

The plan is aimed at addressing the draft findings of an independent review into the culture of the organisation’s world-class performance programme (WCPP).

Browning has been leading British Cycling’s efforts to transform its governance, leadership, management, culture and behaviour, as well as the management of athletes' performance and welfare.

He announced the 39-point action plan in early March after admitting that the national governing body had "failed" athletes on its WCPP.

Led by Annamarie Phelps, the chairman of British Rowing and vice-chair of the British Olympic Association, the review of British Cycling was launched in April 2016 to look at any lessons the National Federation could learn.

A draft report was provided to UK Sport and British Cycling at the end of December 2016 and the findings and key recommendations were expected to be revealed in February, before it was delayed.

In April, British Cycling confirmed it has set up an independent review of its medical and physiotherapy teams' operational practices.

Dr Rod Jaques, director of medical services at the English Institute for Sports, is leading the review with the findings expected to be reported to the national governing body’s executive body this month.

It comes as British Cycling and Team Sky continue to receive criticism for their anti-doping procedures and how they record details as part of a Culture, Media and Sport Select Committee inquiry on "Combating Doping in Sport".

They are also involved in an UK Anti-Doping (UKAD) investigation looking into a "mystery package" given to Team Sky rider and five-time Olympic champion Sir Bradley Wiggins during the 2011 Critérium du Dauphiné.