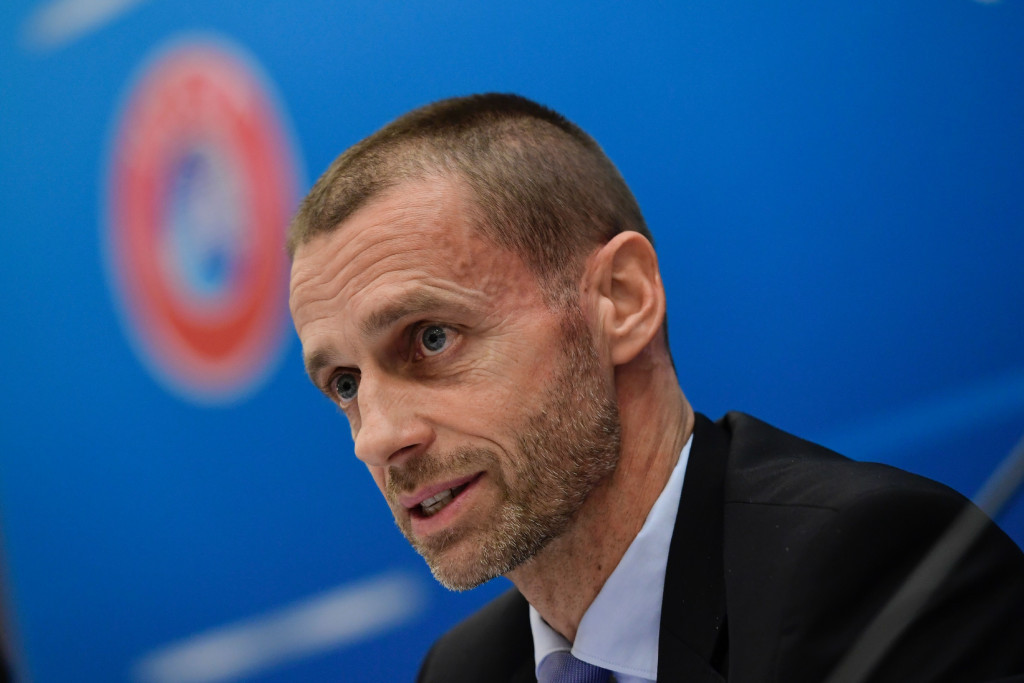 UEFA President Aleksander Čeferin has said the continental governing body “will fight” for a European host of the 2030 FIFA World Cup.

Under current rules, Confederations must wait until two editions after they last hosted the event to bid again.

Russia is due to stage the 2018 tournament, but the next two editions look set to be held outside of Europe with Qatar already chosen to host in 2022 and a joint North American bid from the United States, Canada and Mexico the overwhelming favourite for the 2026 event.

Last year, FIFA President Gianni Infantino tentatively backed a joint bid from Argentina and Uruguay for the 2030 edition to mark the centenary of the first-ever World Cup in the latter country in 1930.

It is also widely believed that China may attempt to land the 2030 edition, despite the current rules blocking another Asian bid before the 2034 edition.

Last month, Liu Xiaoming, the ambassador of the People's Republic of China to the United Kingdom, said that hosting the FIFA World Cup is one of the East Asian nation's football dreams.

But Čeferin has stated that the "regulations are clear - you cannot bid for the next two World Cups" regarding an Asian bid.

"So we will fight for a European host."

Europe most recently hosted the World Cup in 2006, when Italy triumphed in Germany.

Čeferin was speaking after a meeting of UEFA's Executive Committee in Wales’ capital Cardiff, where the Champions League final between Juventus and Real Madrid, giants of Italian and Spanish football respectively, is being played tomorrow.

The 49-year-old admitted that it is becoming more difficult for less affluent clubs to qualify for the latter stages of Europe’s elite club competition.

Real Madrid won the 2014 and 2016 tournaments, while Juventus contested the 2015 final where they lost to Barcelona at the Olympiastadion in Berlin, which was also the venue for the 1936 Olympics and 2006 World Cup final.

"It's not easy to qualify for small clubs, but it is still possible," Čeferin said.

"We all know the gap is wider and wider and we are working on it with Financial Fair Play.

"But it's far from a closed league, far from only an elite competition."

Čeferin also indicated that UEFA was close to an agreement with the European Professional Football Leagues (EPFL), which is keen to establish a voice on UEFA’s Executive Committee in the same way that the European Club Association already has.

"We have had three or four meetings with them and are very close to signing an Memorandum of Understanding that includes the Executive Committee," he said.

"We want all the stakeholders in our organisation because then it will be much easier to lead European football and to improve it."

A further decision taken by the Executive Committee was to introduce comprehensive bidding regulations covering all UEFA competitions, both at club and national level, and for all age categories.

It hopes this will ensure a fully open and transparent bidding processes.