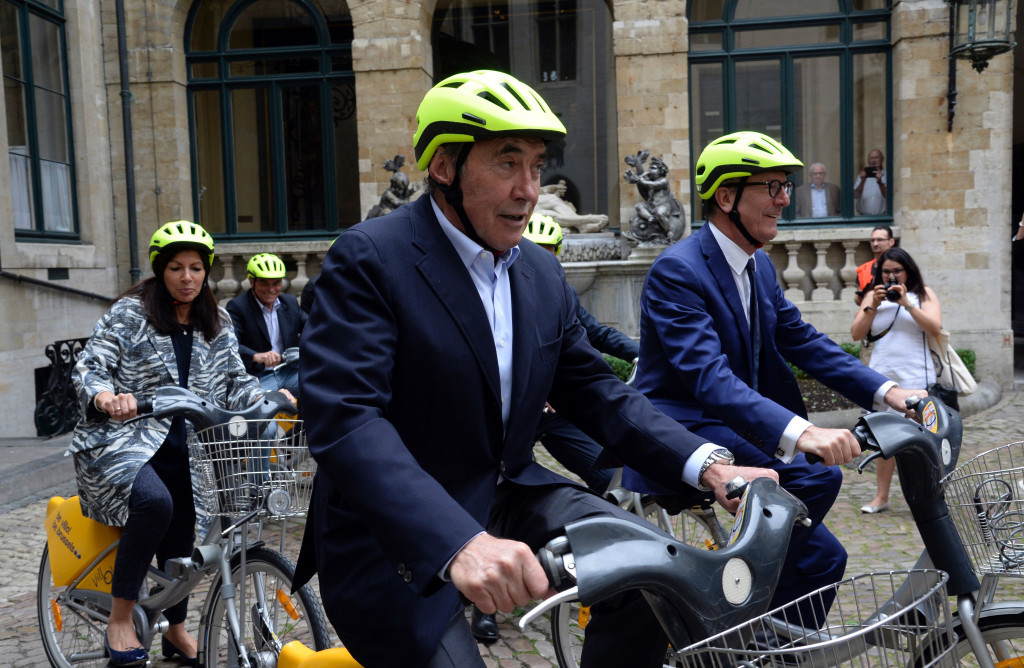 Organisers of the Tour de France have confirmed that the Grand Départ of the 2019 race will be held in Brussels to mark the 50th anniversary of Belgian legend Eddy Merckx's first win.

It will be the second time the Belgian capital has played host to the start of cycling's most famous race after the beginning of the 1958 event was also staged there.

The 2019 event will also mark the 100-year anniversary of the creation of the yellow jersey, worn by the general classification leader and eventual winner.

Merckx is considered one of the greats of the sport having won five Tour de France titles.

The now 71-year-old also holds the record for most stage wins with 34.

Christian Prudhomme, the Tour de France's general director since 2007, claimed holding the Grand Départ in Brussels was the "least we could do" to honour one of cycling's icons.

"Eddy Merckx is an exceptional champion and a person of exceptional humility," the Frenchman added.

The announcement was made at a press conference at the Town Hall of Brussels today.

It was attended by Merckx as well as senior politicians such as Paris Mayor Anne Hidalgo, a key official in the French capital's bid for the 2024 Olympic and Paralympic Games.

Hidalgo said the 2019 race will "link Brussels to Paris, two cities that have recently suffered greatly from terrorism".

Both Brussels and Paris have been subjected to terrorist attacks in recent years.

A policeman was shot dead and another two wounded in an attack in the French capital in March.

In November 2015, around 130 people were killed in a series of coordinated assaults in Paris.

Thirty-two people died in a series of bomb blasts in Brussels in 2016.

This year's Grand Départ is scheduled for German city Düsseldorf on July 1 after London pulled out of the race to host the event.

Vendée in western France is due to stage the start of the 2018 Tour.