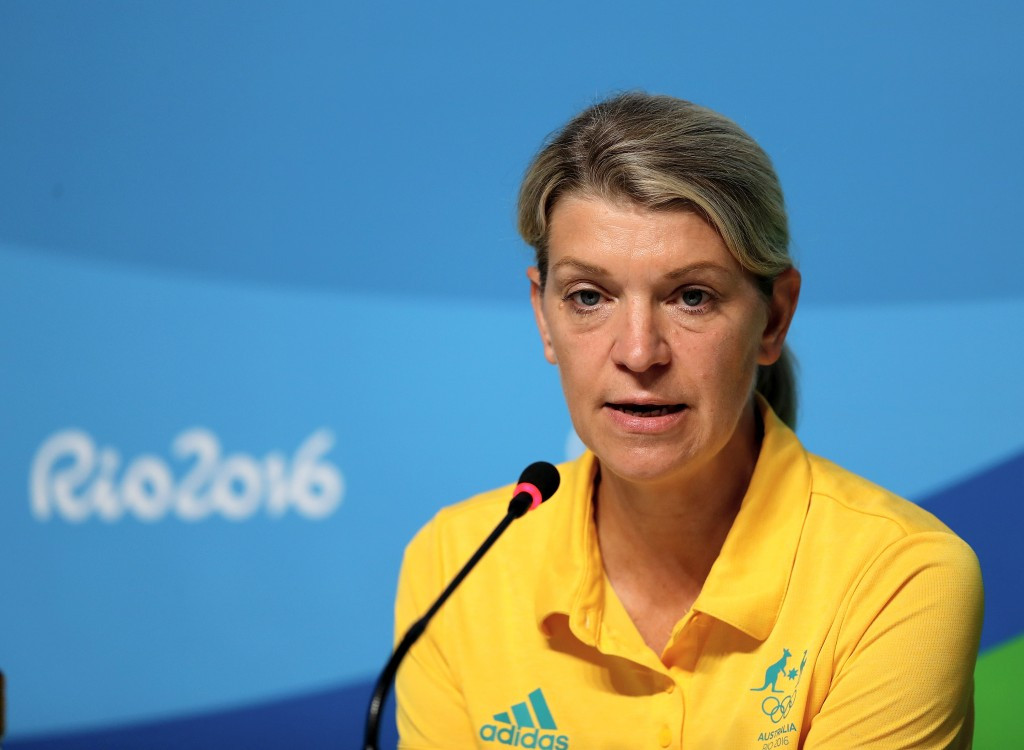 Kitty Chiller and Deidre Anderson have been added to the Australian support staff for the 2017 Summer Universiade in Taipei.

Chiller, who competed at the Sydney 2000 Olympics in modern pentathlon, will be an official ambassador for the team supporting athletes and officials.

She served as the Chef de Mission for the Australian team at the Rio 2016 Olympic Games and was re-elected as a member of the Australian Olympic Committee (AOC) Executive Board earlier this month.

"My role really starts before Taipei, attending the team inductions and meeting the athletes,
officials and management staff," Chiller said.

"What Australian university sport is looking to do is what we did with the Rio team, which is to bring all the different sports and functions together as one united team.

"The aim is to start this prior to actually arriving in Taipei.

"Sixty-three per cent of our team in Rio were Olympic rookies.

"Some of them hadn't competed at a Commonwealth Games either, so Rio was their first ever multi-sport event experience, it will be the same for many athletes in Taipei.

"It's a whole different experience living in a Village with so many different countries and different sports - that's why the University Games is such a fantastic breeding ground for our future Olympians.

"I feel really lucky to be involved at this level, to see those athletes who are potentially going to be our Olympians in Tokyo and beyond."

Anderson, President and chair of Australian University Sport, will serve as the organisation's delegate to the International University Sports Federation (FISU) General Assembly.

The roles were announced at the Australian University Sport national conference on the Gold Coast.

Australia earned a record total of 19 medals - four gold, three silver and 12 bronze - at the 2015 Summer Universiade in Kazan.