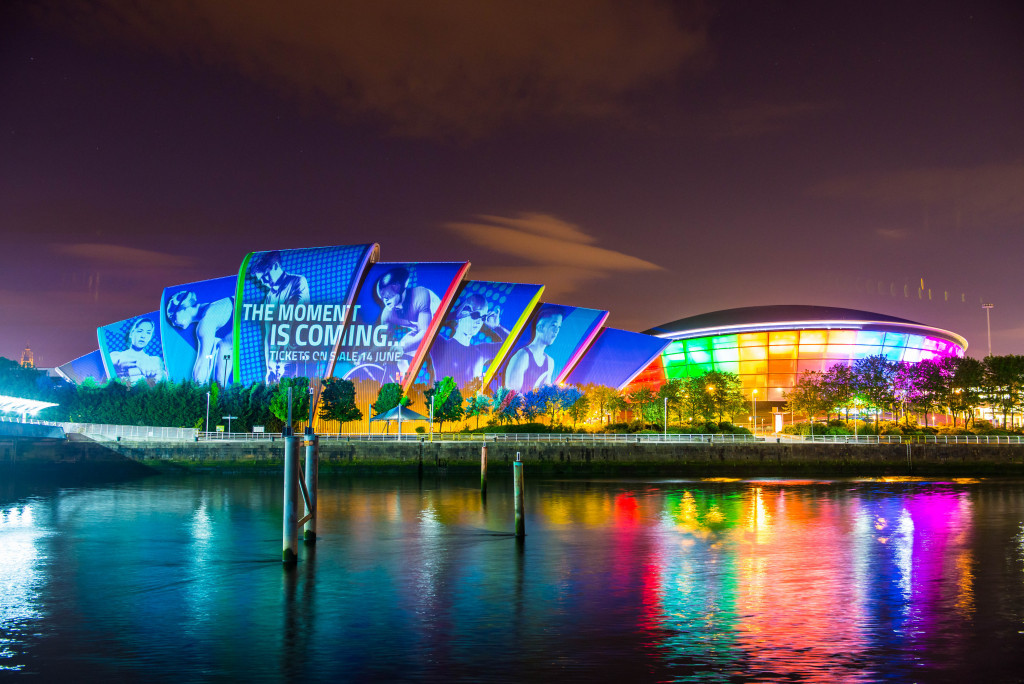 Tickets for the Glasgow 2018 European Championships are set to go on sale to the general public from June 14, it has been announced.

The on-sale date for the 84 sporting sessions across 12 venues was revealed via an interactive light show projected onto the SEC Armadillo auditorium in Glasgow.

Fans who want to secure tickets to their preferred sports before the general sale date are urged to sign up for priority ticket access via the Glasgow 2018 website here while they still can.

A online ticketing and destination marketing guide, accessible here, has also been released by Glasgow 2018.

This gives people the chance to identify which of the sessions they wish to see, with added information on dates and timings and venues across Scotland.

"The European Championships promises to be one of the most memorable sporting and cultural events this country has ever experienced and we want as many people as possible to come to Glasgow and Scotland to join us on this historic journey.

"Our fair and competitive pricing structure, combined with a number of high-profile free events and an exciting cultural programme, will ensure that everyone feels part of this momentous occasion and can enjoy the sport and culture and also sample our fantastic tourism offer.

"Of course our crowds are internationally renowned as some of the most passionate and welcoming in the world and I have no doubts that the Glasgow 2018 European Championships will serve to strengthen that reputation to a global audience.

"We aim to put on a truly remarkable sporting event and, along with the athletes and the sports themselves, the fans will play an important role in ensuring the first-ever European Championships is a success."

Glasgow 2018 is part of a brand new multi-sport event running between August 2 and 12.

It will combine the existing European Championships for aquatics, cycling, gymnastics, rowing and triathlon, and the inaugural European Golf Team Championships.

At the same time, Germany's capital Berlin will host the European Athletics Championships.

More than 3,000 of the best athletes on the continent will compete in Glasgow and Scotland during the Championships.

Attendances across all sports are expected to be in the region of 250,000.

It will be the biggest sporting event held in Scotland since the Glasgow 2014 Commonwealth Games.

The sporting action will take place across a dozen venues in Glasgow and Scotland, including gymnastics at Glasgow's iconic SSE Hydro, diving at Edinburgh's Royal Commonwealth Pool, rowing and triathlon at Strathclyde Country Park in North Lanarkshire and golf at Gleneagles in Perth and Kinross.

A number of free events - including the cycling road race through the streets of Glasgow and beyond, open water swimming at Loch Lomond and The Trossachs National Park, and mountain bike at Cathkin Braes - will also take place.

A cultural programme, with Glasgow’s George Square at its heart, will run alongside the sporting action, bringing local communities across the country together with a celebration of Scottish and Glaswegian culture.

Themes from the national Year of Young People in 2018 will also run through the programme.

There is no application process or public ballot.

Under-16s and over-60s will be among those who receive a 50 per cent concession.

Tickets will be issued electronically by Ticketmaster, the lead ticket agent.