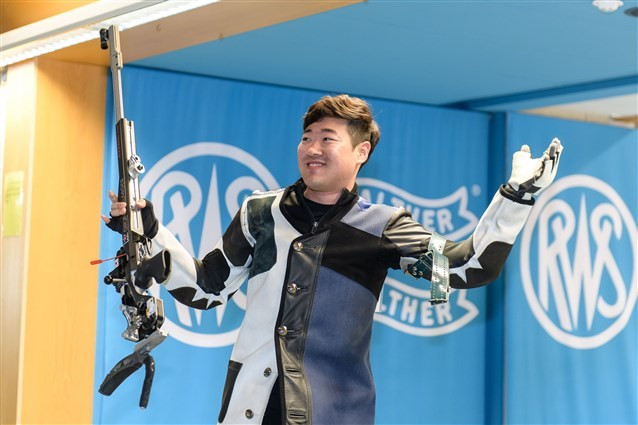 Kim emerged as the winner of the men's 50 metres rifle prone competition, achieving a winning total of 248.3 points.

He would end with a narrow margin of victory, with Stian Bogar of Norway finishing 0.1 point behind at the Olympic Shooting Range.

The podium was completed by Austria's Thomas Mathis, as he finished the competition with a tally of 227.1 points.

Quiquampoix would claim gold in the men's 25m rapid fire pistol competition, bouncing back from a 14th place finish at the opening World Cup in New Delhi.

The 21-year-old finished the event with a total of 33 hits, with Zhang Jian of China ending two shots adrift in second.

"It's maybe a coincidence but, every time I come here it ends up with a medal, so I'm always motivated to compete in Munich, it's always pleasure."

Women's 50m rifle three positions action is due to take place tomorrow, with the men's 10m air pistol held later in the day.

The World Cup will come to a close with the men's 50m rifle three positions and women's 10m air pistol on Tuesday (May 23).