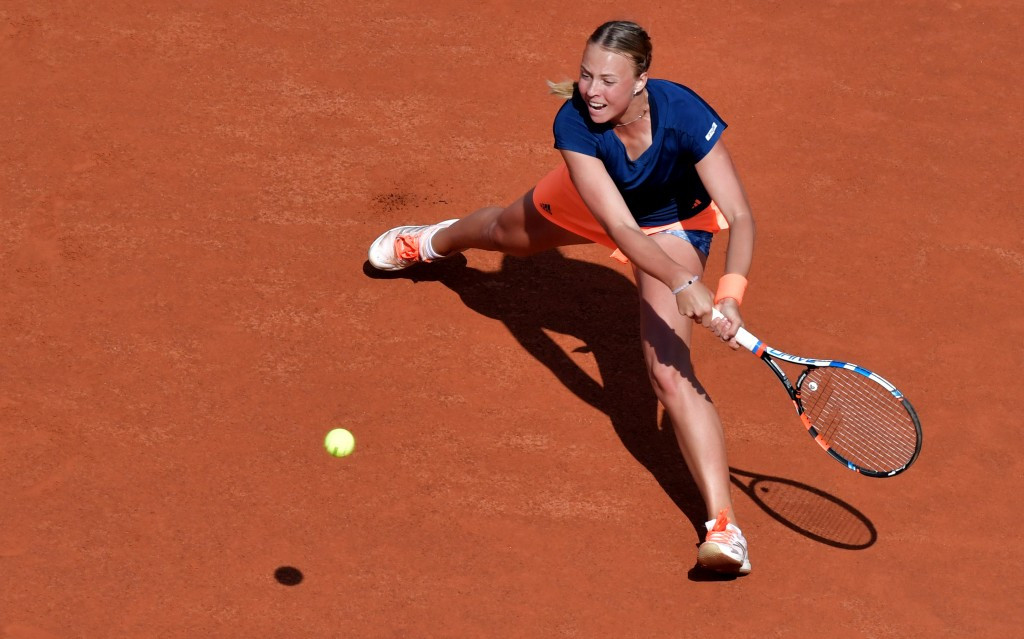 World number one Angelique Kerber was eliminated in the second round of the Rome Masters at Foro Italico today by Estonia's Anett Kontaveit.

It means both top seeds are out of their respective competitions after Great Britain's Andy Murray was beaten in the men's singles yesterday.

"Everybody knows I'm not a clay court specialist," a disappointed Kerber said.

"I was not playing good last year, as well.

"I think I need one good match to get my confidence back and then seeing that it works, actually.

"Because I'm working hard, I'm trying to practice really hard and trying to improve the movement, especially on clay, because it's not 100 per cent.

"I'm not feeling so well on this surface."

Kontaveit will now face Crotia's Mirjana Lucic-Baroni, who made it through after Maria Sharapova of Russia was forced to withdraw in their second round match yesterday.

Following Kerber's defeat, the Czech Republic's Karolína Plíšková is now the highest seed in the competition.

There was some positive news for the US, however, as Venus Williams made it through to the last 16 in Rome for just the second time in five years.

She beat Ukraine's Lesia Tsurenko 6-4, 6-3 and the 1999 champion will now meet Britain's Johanna Konta for a place in the quarter-finals.

In the men's event, Austrian Dominic Thiem advanced to the last 16 as he beat Uruguay's Pablo Cuevas in a repeat of one of last week's Madrid Open semi-finals.

Thiem beat his South American opponent in the Spanish capital last week and was once again too good for him today, winning 7-6, 6-4.

Spain's Rafael Nadal, who won in Madrid, also made it through to the last 16 when opponent and compatriot Nicolas Almagro retired after injuring his knee early in the first set.

Canada's Milos Raonic also made it through following a comfortable 6-4, 6-3 win over German veteran Tommy Haas.

The competition is an ATP World Tour Masters 1000 event, as well as a Premier 5 event on the Women's Tennis Association tour.

It is a key preparation event for the French Open, the clay court Grand Slam, due to begin on May 28 at Roland Garros in Paris.