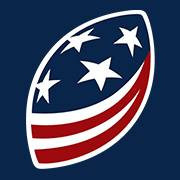 The International Federation of American Football (IFAF) has withdrawn its recognition of USA Football as the national governing body of the sport in their country due to "multiple, continuous and ongoing violations" of the organisations's anti-doping code.

The IFAF has terminated USA Football's membership with immediate effect.

They claims USA Football has made it impossible for the Doping Free Sport Unit (DFSU) of the Global Association of International Sport Federations (GAISF) to implement an out of competition control system in the US.

It also claims that USA Football was not willing to submit names and contact information of any national team players to the IFAF, blocking the DFSU from adding players to the Anti-Doping Administration and Management System (Adams) database system of the World Anti-Doping Agency (WADA).

USA Football also, it is claimed, did not allow a United States Anti-Doping Agency (USADA) testing officer to carry out an out of competition test by denying them access to the training camp of their junior national team.

The decision was taken by the IFAF after USA Football repeatedly failed to miss extended deadlines on which they did not reply, or refused to comply.

As a result, the IFAF decided to make a formal motion to expel USA Football from the IFAF.

USA Football had a one-months’ notice to respond to the IFAF's decision.

However, the deadline expired on April 17 and no answer has been received.

The IFAF Disciplinary Committee had suspended USA Football in September 2016 for serious violations of the IFAF Anti-Doping Rules.

In February, the IFAF sent a new request to USA Football in order to comply with the IFAF Anti-Doping Rules but again received no reply.

Following the latest expiration of a compliance deadline, the IFAF has under the WADA code, the IFAF Anti-Doping Rules and international testing standard expelled USA Football and terminated their membership.