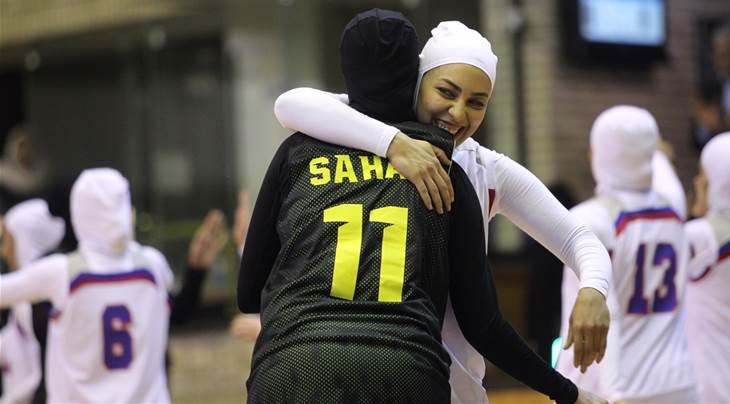 Under the terms of the new provision to Article 4.4.2 of FIBA's rule book, headgear including the hijab, will be allowed so long as it is "black or white, or of the same dominant colour as that of the uniform" and the same colour for all players on one team.

It must also not cover any part of the face partially or entirely, including the eyes, nose and lips.

It must not be "dangerous to the player wearing it and/or to other players," have any "opening/closing elements around the face and/or neck" and have no "parts extruding from its surface".

This marks a change to the previous ruling in which headgear was outlawed completely on safety grounds.

Intense lobbying has taken place across the Muslim world in recent years in a bid to change FIBA policy.

This grew in 2014 when Qatar withdrew from the Asian Games after being refused permission to wear the hijab.

The new rule sees basketball become one of the last sports to allow headgear to be worn.

The rule change is expected to come into effect from October 1 this year.

"FIBA's first-ever Mid-Term Congress, which is bringing together representatives from 139 National Federations, ratified the FIBA Central Board's decision for a new rule that will allow players to wear headgear," a statement from the world governing body confirmed.

"It was developed in a way that minimises the risk of injuries as well as preserve consistency of the colour of the uniform."

The proposal was drawn-up by the FIBA Technical Commission before being approved yesterday by the organisation's Central Board.

It comes after a FIBA delegation led by Lubomir Kotleba, an advisor to secretary general Patrick Baumann, travelled to Tehran last month to oversee an exhibition match between two female teams all wearing hijabs.

It was billed as the first time in which men have been allowed to witness a women's sporting event in person in Iran.

Pressure for a rule change had been particularly strong in Iran, with the Islamic Republic's Minister of Sports and Youth Masoud Soltanifar having written an open letter to FIBA calling for such a move earlier this week.

It comes a week after Iranian footballer Shiva Amini claimed she has been banned from playing after being pictured not wearing the hijab.

Amini, a former member of the Iranian national team, was pictured competing in shorts and without compulsory headgear while playing friendly matches in Switzerland and Italy earlier this year.