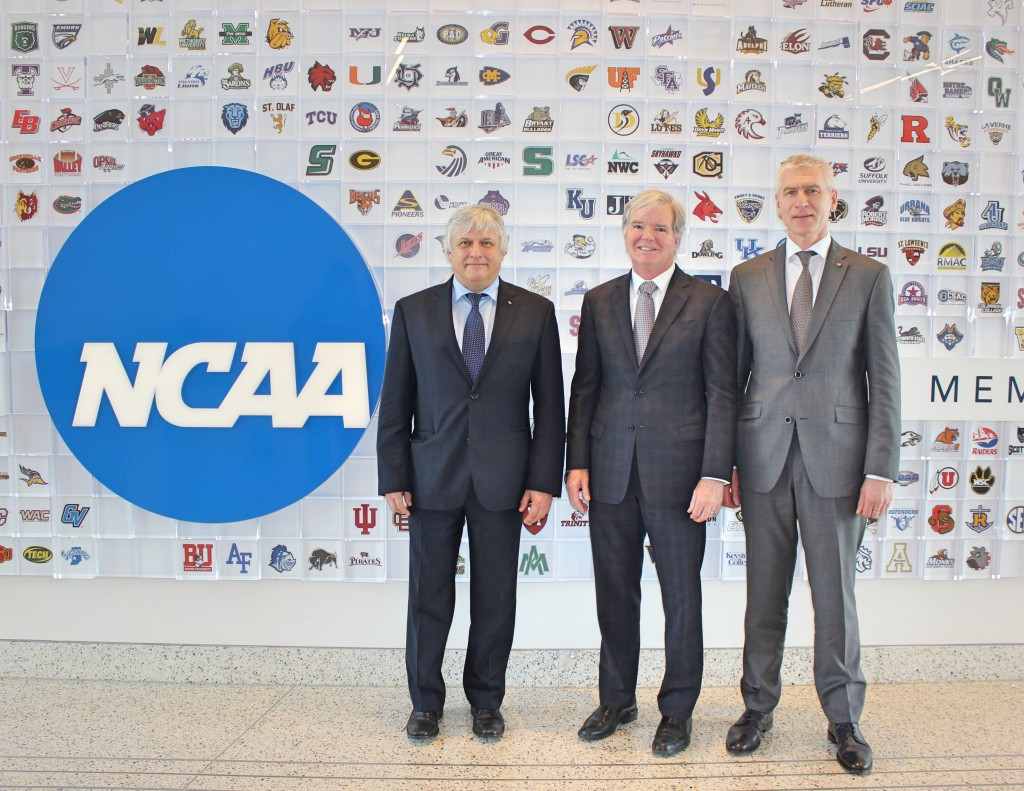 The International University Sports Federation (FISU) and the National Collegiate Athletic Association (NCAA) have pledged "closer collaboration" to "benefit student athletes all around the world" following a meeting between the Presidents of the two organisations.

FISU President Oleg Matytsin and NCAA counterpart Mark Emmert held talks at the latter's headquarters in Indianapolis in the United States with both keen to work closely in the future.

"It was very clear from our meeting that both FISU and the NCAA share a common mission: using the positive values of sport to help students achieve their full potential," said Matytsin.

"Given this shared focus, it was no surprise that we should find much common ground and I look forward to seeing just how much we can achieve together in the future.

"It was a pleasure to recognise the achievements of the NCAA in more than 110 years of supporting student athletes."

As an initial step towards developing the relationship between FISU and the NCAA, Emmert will attend the forthcoming Taipei 2017 Summer Universiade.

He will contribute to a FISU conference that will be attended by university sports leaders and experts from around the world.

The NCAA oversees sport at colleges and universities in the United States and Canada, with FISU the global governing body.

"I appreciate how FISU also recognises the power of sports and the importance of promoting sports in conjunction with the university spirit," added Emmert.

"As stewards of athletics at the world's colleges and universities, our organisations must continue to create the positive experiences and opportunities for students to not only compete but also learn through sports."

At the recent 2017 Winter Universiade in Almaty in Kazakhstan, the US finished 23rd in the medal table after winning one silver and one bronze medal.

Two years ago, at the 2015 Summer Unviersiade in Gwangju in South Korea, the US finished fifth.

They accumulated 54 medals, including 20 golds, 15 silvers and 19 bronzes.

While in Indianapolis, the delegation from FISU also visited the state's university where they toured facilities and met with student athletes.

"FISU has recently moved to a model of having universities compete directly in some international competitions, while we also maintain our traditional model of national teams in others," added Matytsin.

"This change has paved the way for greater participation from American universities.