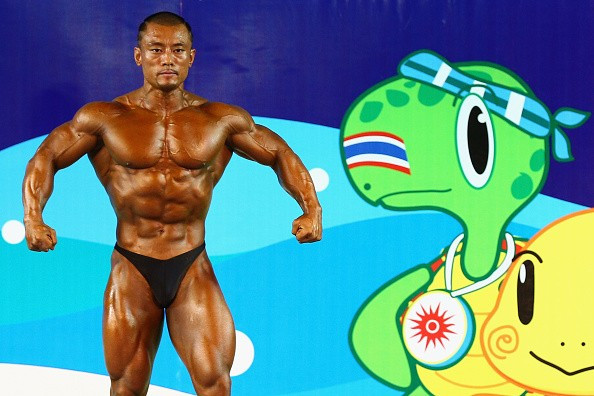 International Federation of Bodybuilding and Fitness (IFBB) President Rafael Santonja believes that inclusion on the 2019 Pan American Games programme in Lima will have a significant impact in boosting the profile of his sport.

"We have 41 National Federations in the Americas and 194 worldwide," Santonja told insidethegames here during the PASO General Assembly.

"There has always been a great bodybuilding tradition in the Americas and this recognition is another important step forward.

"It is a great opportunity, a challenging opportunity, but fantastic news for all the youngsters following the sport."

Santonja, the Spaniard who has led the Madrid-based federation since 2006, claimed that inclusion on the programme in Lima has "opened the door" towards participation in other multi-sports events in the region.

This includes the Bolivarian Games and the Central American Games.

"It will be an excellent experience in participation and we are already working on the qualification system," he said.

Female athletes will then participate in one fitness competition.

Classic bodybuilding is a version of the sport for those who do not wish to develop their muscles to the extreme and prefer lighter "classic" physiques.

Since muscle mass is limited, special attention is paid to the overall physique, body proportions and lines and muscle shape and condition.

Judges assess these criteria across two rounds before competitors perform "free posing routines" to music of their choice in the third.

Women's fitness places more of an emphasis on "femininity" and coordination with music, Santonja explained.

Competition takes place over four rounds, two of which focus on "physical assessment" and two on "artistic routine".

Every athlete competing in the Peruvian capital will undergo drug testing before being cleared for competition.

"We are in favour of cleaner sport," Santonja said.

"We are also helping to introduce stronger anti-doping programmes throughout the region."

Bodybuilding has already featured at four editions of the Asian Beach Games and discussions are currently ongoing for it to be added to the Games of the Small States of Europe.

Recognition by the International Olympic Committee is a longer term objective.

"We consider this as a normal aspiration," Santonja told insidethegames.

"We are in compliance with the World Anti-Doping Code, we are a member of the Global Association of International Sports Federations [formerly SportAccord].

"We have thousands of athletes and millions of followers.

"We have fulfilled the criteria and it is therefore our duty to apply."