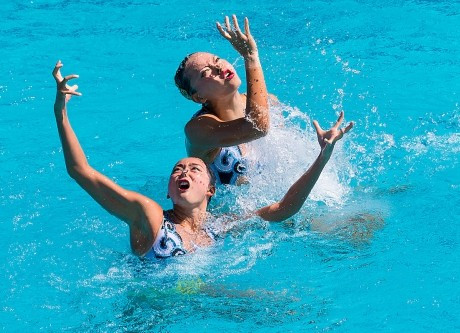 The host nation began the day with a guaranteed success in the mixed duet free routine, with Sheng Shuwen and Shi Haoyu the only pair competing.

China faced competition in both the duet free and duet technical routines, but Li Xiaolu and Sun Wenyan were able to defeat their rivals in both events.

They scored 91.8000 in the duet free competition, with the United States’ Anita Alvarez and Victoria Woroniecki ending some way adrift on 79.9667.

Malaysia’s Gan Hua Wei and Lee Yhing Huey ended as the bronze medallists, finishing with a score of 74.9333.

The podium was identical in the duet technical discipline, with China again coming out on top.

Li and Sun secured their second title by achieving a score of 89.7401.

The United States and Malasyian pairs achieved tallies of 76.2146 and 71.4805 respectively to complete the medal positions.

China’s superb day was rounded off by topping the preliminary round stages in the team free routine event, scoring 91.2000.

Competition is due to take place for a further two days in Taiyuan, as the recently established synchronised swimming event continues.