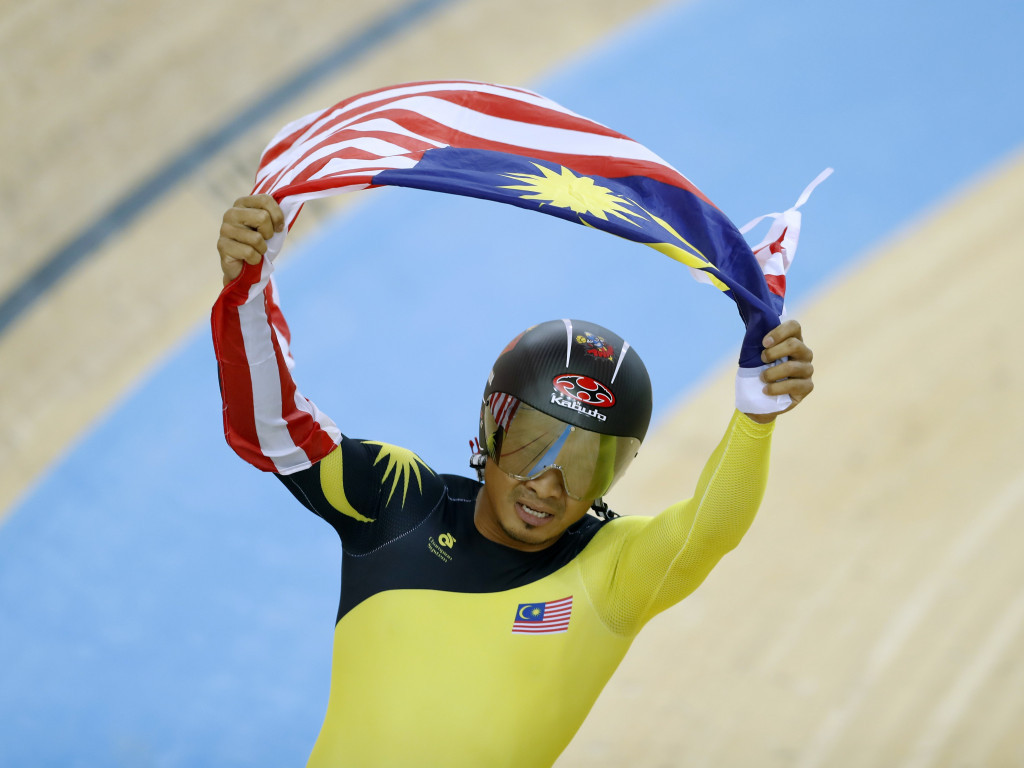 The 29-year-old made an attack over the top of the field in the final lap, dropping the rest of the riders and taking victory by a margin of 0.382 seconds from Colombia’s Fabian Hernando Puerta Zapata.

Rounding out the podium at the Hong Kong Velodrome was Czech Republic’s Tomas Babek, who finished 0.417 seconds off the pace.

Awang’s gold medal comes after he had to settle for bronze at the previous two editions of the event, held in French town Saint-Quentin-en-Yvelines in 2015 and London in 2016.

He accounts for five of the six medals Malaysia has won at the Track World Championships.

The Asian nation was one of four countries to win gold today along with Australia, Poland and the United States.

A surge in the last 1,000 metres of the final saw the Australian team, which had come within 0.3 seconds of the world record in an earlier round, beat rivals New Zealand’s Regan Gough, Pieter Bulling, Dylan Kennett and Nicholas Kergozou by 2.476 seconds.

The men’s 15 kilometres scratch race went the way of Poland’s Adrian Teklinski, who opened up almost a half-lap lead after attacking late on and held on for victory.

The day finished with the women's team pursuit final, which was won by defending champions the United States.

Australia led by 0.412 seconds going into the final lap, but Chloe Dygert managed to move to the front and drive her team to victory by a margin of 0.417 seconds in 4:19.413.

Action is due to continue tomorrow when medals will be decided in the men’s points race and individual pursuit, and the women’s sprint and omnium.