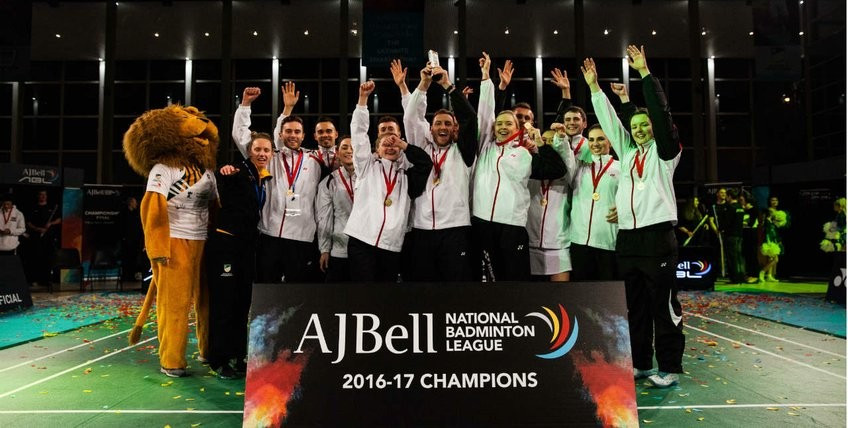 The National Badminton League (NBL) has been scrapped with immediate effect, Badminton England has announced as the fallout from the sport losing all of its funding for the Tokyo 2020 Olympic and Paralympic Games continues.

The sport was left reeling by UK Sport's decision, which came despite badminton exceeding its medal target at last year's Olympic Games in Rio de Janeiro when Marcus Ellis and Chris Langridge claimed bronze in the men's doubles.

Badminton England then failed with an appeal, along with archery, fencing, table tennis and weightlifting, in February.

The NBL, launched in August 2014, appears to have been the victim of the move from UK Sport.

In a statement, the national governing body said the league was "something that we do not believe to be self-sustainable in the short to medium term and subsequently is something we are unable to protect alongside our attempts to ensure resilience across the core of our sport".

"The NBL has offered over 130 players from 15 different nations - including many of Britain’s best young rising stars - the chance to play regularly in front of sell out crowds and TV audiences in a format that has become much talked about," the statement said.

"However, the financial demands that continue to develop the NBL and the high standard of event delivery required, is a significant cost to Badminton England at a time when we are making tough decisions about our people and our activities as a consequence of recent funding decisions."

Badminton England chief executive of league administrators Adrian Christy admitted the governing body had "other priorities to consider" given the "situation that we are seeking to bounce back from".

"This is a very sad day for English badminton, particularly the many supporters of the NBL whose passion and enthusiasm have made the past three seasons something to be so proud of," he said.

“We have worked so hard over many years to develop our own national league and having to now make such a difficult decision does not sit easy.

"However, given the situation that we are seeking to bounce back from, I believe it is the right one when we have other priorities to consider."

Badminton England claim the league has delivered "amazing exposure" for the sport in England while revealing over 1.3 million viewers watched matches on Sky Sports, BT Sport and online.

A total of 12 players who competed at Rio 2016 participated in the third season of the league.

“On behalf of everyone at Badminton England, I would like to thank all partners, players, event teams, staff and sponsors who turned a dream into reality," added Christy.

“We would particularly like to thank title sponsors AJ Bell with the support of whom we were able to expand the league as well as Sky Sports and, more latterly, BT Sport.

“Most importantly, our heartfelt thanks go to the six founding teams – Loughborough Lightning, MK Badminton, Team Derby, University of Nottingham, Surrey Smashers and Birmingham Lions - and to Suffolk Saxons and Bristol Jets who added so much to the NBL when they joined us at the start of Season 3.

“Without your commitment, dedication and extraordinary energy, the NBL would never have gotten off the ground.”