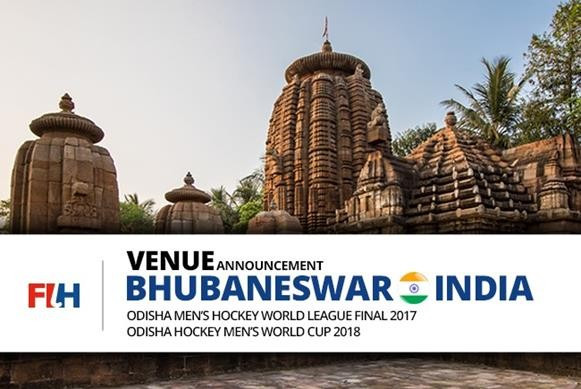 The International Hockey Federation (FIH) have confirmed that the men's 2017 Hockey World League (HWL) Final and 2018 World Cup will be held in Bhubaneswar in India.

Both tournaments will be staged at the Kalinga Stadium, the venue which hosted the 2014 Champions Trophy and is home to the current champions of the Indian League - the Kalinga Lancers.

The multi-purpose stadium, built in 2010, also has facilities for athletics, football, basketball, tennis, table-tennis and swimming.

This year's HWL Final will take place between December 1 and 10 and will welcome seven teams, in addition to hosts India, who will qualify from the HWL semi-finals.

A date has not yet been confirmed for the 2018 World Cup, but it is expected to take place in late November or early December.

India will be joined by 15 teams who will qualify from the HWL semi-finals and continental championships.

"India is a nation with a proud hockey heritage with a history of hosting world-class sports events," said FIH chief executive Jason McCracken.

"Each time we return to the country Hockey India raise the bar, embracing goals outlined in our 10-year Hockey Revolution strategy aimed at making our events innovative and exciting for our fans.

"We have no doubt that the Men's Hockey World League Final 2017 and the Hockey Men's World Cup 2018 will be unforgettable events for everyone involved."

The 2018 women's and men's World Cups in England and India respectively will be the first competitions staged under the expanded 16-team format, with four groups of four.

This allows the FIH to hold the events over 16 days, which will include three weekends.

It is designed to increase the amount of spectators for the FIH's flagship competition outside of the Olympic Games.

As a result of the alteration, the winners of each pool will qualify for the quarter-finals while the other four spots in the last eight will be decided after games between the second and third placed sides.

Australia are the reigning men's World Cup champions after they defeated host nation The Netherlands 6-1 in The Hague in 2014.

"Bhubaneswar is a city ready to welcome the world," said FIH President Narinder Batra, himself an Indian.

"Its passionate sports fans and our experienced hosts will create an incredible environment for our stars to shine during what are two of the biggest events in our sport.

"We encourage fans from across the world to come together and share the glory with their teams, each of them aiming to become world champions in these respective competitions.

"In doing so, fans will also get to experience first-hand the rich culture and warm hospitality offered by this amazing part of the world."