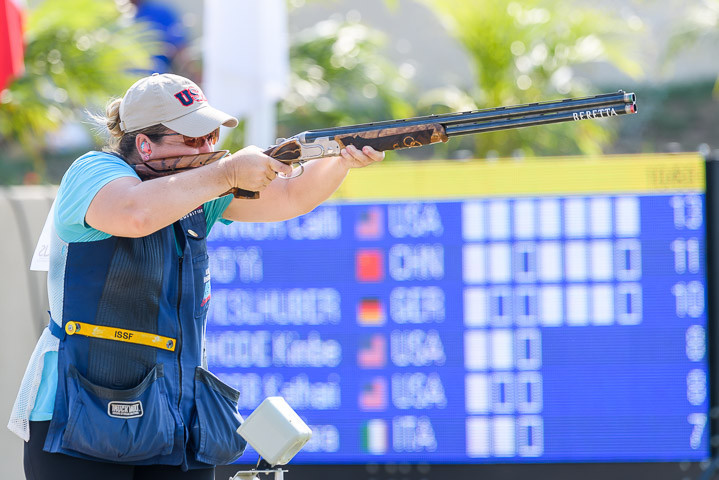 The 37-year-old, a six-time Olympic medallist, finished with a total of 54 hits to add yet another medal to her ever-growing collection.

Rhode's team-mate Caitlin Connor did enough for silver as she ended one adrift of her formidable compatriot.

It was the first medal for China at the event in the Mexican city.

Katharina Monika Jacob, also of the United States, shot a junior world record score of 30 hits as she was fourth, missing out on wrapping up a podium sweep for the American team.

The result handed Rhode her third consecutive World Cup title after she also emerged victorious at the final event of last season in Rome and the opening competition of this campaign last month in New Delhi.

"Despite that, I still get the thrill of the victory when it happens," said Rhode.

"The weather, the hot temperature and California being just one hour away.

"It's always great to win here in Acapulco.

"Our team is surely among the top teams in the world, and what I think makes it unique is the deepness.

"With Caitlin, Katie and Morgan we always have each other’s back, and we’re always pushing each other to get better everyday."

The competition in Acapulco concludes tomorrow with the men's skeet final.