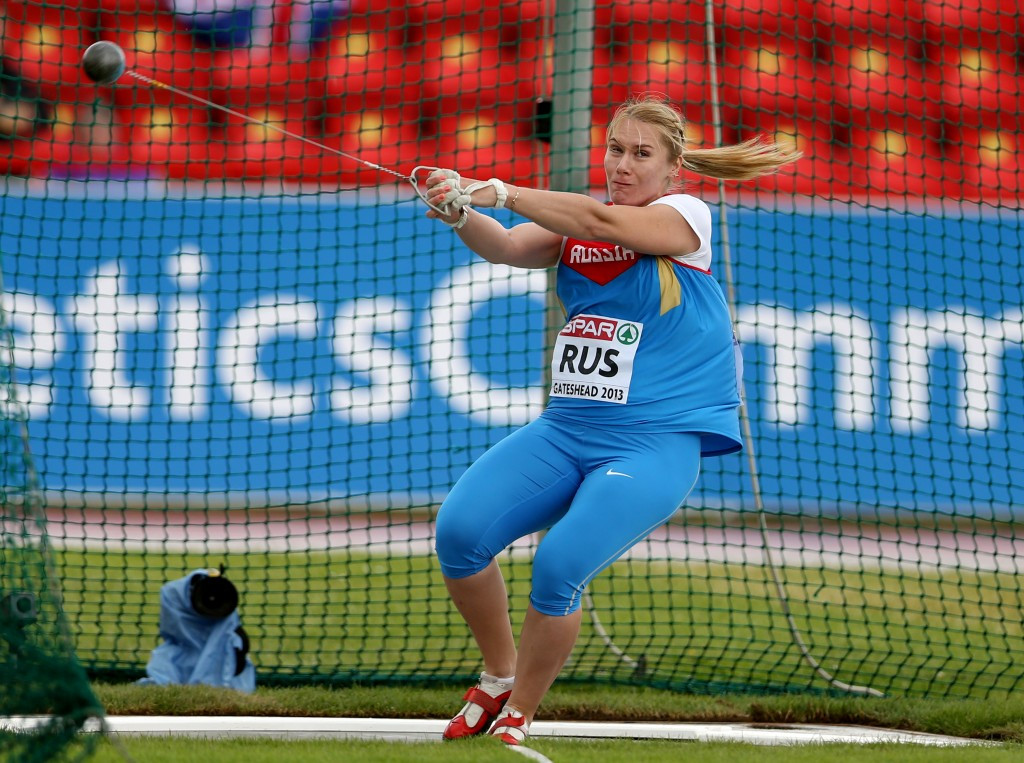 A former hammer world record holder has been implicated in the third doping scandal of her career after being named among three Russians to have reportedly tested positive following re-analysis of samples submitted at London 2012.

Gulfiya Khanafeyeva, a silver medallist at the 2006 European Championships, was among those reported as having failed a retest by the Russian Athletics Federation (RUSAF).

Fellow hammer thrower Maria Bespalova and triple jumper Viktoria Valyukevich have also been named as among those retrospectively disqualified, according to articles published in the Russian media.

The three cases have not yet been officially confirmed by the International Olympic Committee (IOC).

RUSAF have also not yet reported what substances the trio tested positive for.

The 34-year-old served a three month doping ban in 2002 before a second two year suspension in 2008 for submitting a fake urine sample.

That mark was then eclipsed by team-mate Tatyana Lysenko, the initial London winner already been disqualified for doping

Bespalova, who is already serving a four-year ban after testing positive for a banned steroid in 2015, finished 11th in the 2012 final in the British capital.

If the latest cases are confirmed, it would mean that all three Russians to compete in the women's hammer competition have been disqualified.

Valyukevich, a gold medal winner at the 2005 World Indoor Championships in Madrid, was eighth in the triple jump final at London 2012.

She has already been stripped of long jump and triple jump Olympic silver medals won at Beijing 2008 following positive retests.

Russia has already lost 26 Olympic medals as a result of IOC retests of Beijing 2008 and London 2012 samples.

The re-analysis is taking advantage of new techniques provided by former Moscow Laboratory director Grigory Rodchenkov, who has since defected to the United States, which can detect steroids in the body for far longer.

"We will communicate in due course," said the IOC, when asked the confirm the latest three cases.