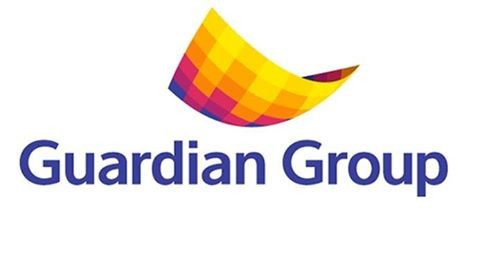 The Trinidad and Tobago Olympic Committee (TTOC) has re-affirmed its long-standing partnership with the Guardian Group, which will continue to support the national governing body’s athlete welfare and preparation fund for another year.

This fund offers financial assistance and professional support to Trinidad and Tobago’s athletes in their preparation for Olympics as well as for life after sport.

Ayesha Boucaud-Claxton, group corporate communications manager at the Guardian Group which provides a platform for integrated financial services throughout the English and Dutch Caribbean, has described the partnership as crucial for the future of sport locally.

"Our intention is to continue supporting them in their thrust," she said.

"The welfare fund helps financially and what we realise is that there is a gap and it is important that athletes are taken care of when they’ve done so much for our country.

"We don’t consider this a sponsorship.

"It is a partnership and a marriage that we’ve been in for over 15 years."

In a statement, Guardian Group said its legacy of support to the TTOC and ongoing commitment to ensuring Trinidad and Tobago’s athletes are so positioned to not only have success in their respective disciplines but for life thereafter, is key to the guiding philosophies of the organisation and has always been a focus for Guardian Group going as far back as 2001.

In that year, Guardian Life of the Caribbean initiated the Youth Star Programme, with a vision for a more holistic development of young adults in sport.

As well as providing expertise in financial and investment planning, these young people were coached in other life skills.

When the Youth Star programme was phased out in 2006, Guardian Life of the Caribbean partnered with the TTOC to implement a health and wellness initiative aimed at encouraging athletic development and improving the physical well-being of Trinidad and Tobago citizens.

In 2007, Youth Stars morphed into Shape Your Life.

For the past 16 years, it is claimed this partnership has grown from strength to strength, with both parties continuing to stay committed to the welfare and development of athletes in Trinidad and Tobago and the advancement of sport locally and internationally.

Last month, the TTOC announced its intention to launch the "Future is Female" programme, an initiative focused on assisting the country’s women athletes to break their Olympic medal drought.

It will be a focused element of the #10golds24 athlete welfare and preparation fund.

Athletes are supported in several ways, from direct financial support and health insurance, to medal bonuses and anti-doping education.

After 70 years of Trinidad and Tobago Olympic history, the nation is yet to have a female Olympic medallist, despite winning 19 medals so far.