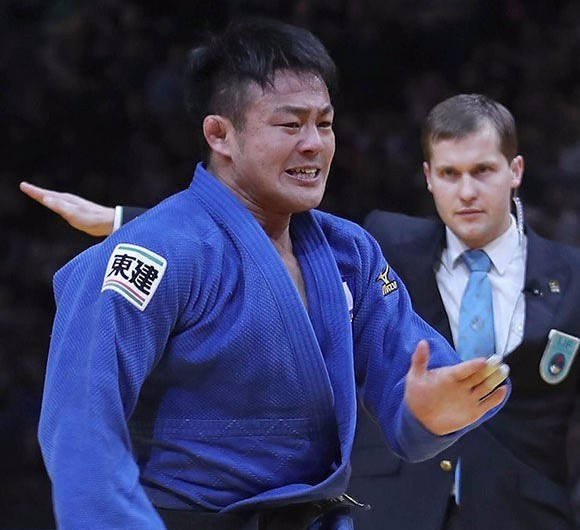 International Judo Federation (IJF) President Marius Vizer believes the benefits brought about by changes in rules will become clearer over the coming months, when athletes have had time to fully adjust.

The adapted laws for the Tokyo 2020 Olympic cycle were revealed in December and presented at an IJF refereeing and coaching seminar held earlier this month in Azerbaijan’s capital Baku.

They were used at the Paris Grand Slam event, which drew to a conclusion yesterday at the AccorHotels Arena.

The season opening event, part of the IJF World Tour, marked the first time the rules had been used at a Grand Slam competition.

Vizer admitted the changes had made the two-days of action different, buthe believes the benefits of the adapted rules will soon become clear.

"Paris is the first competition with new rules which I have attended," Vizer wrote in a Twitter question and answer session.

"The judo is a little different.

"I can take more of a conclusion after a few months with the new rules.

"I think that the athletes, coaches and referees need more time for the synergy between them and after that we can see the benefit of the change."

Among the revised regulations was the scrapping of the yuko evaluation of technique points, leaving only ippon and waza-ari.

As part of the rule changes, the value of waza-ari includes that given for yuko in the past, while the waza-ari does not add up and two waza-ari is no longer the equivalent of ippon.

For immobilisations, waza-ari has been shortened to 10 seconds from 15 and ippon remains as 20.

Furthermore, there are now three shido penalties, instead of the previous four.

Leg grabbing or grabbing the trousers is first penalised by shido and secondly by a hansoku-make disqualification.

The aim of the new rules is to promote more attacking judo and encourage the bout-ending ippon.

"The feedback from the judo community is positive but it is clear they will have to adapt their methods which will take some time," Vizer said.

“We have to prove in time the value and consistency of the new rules and I am convinced that we will deliver the right satisfaction to our audience."