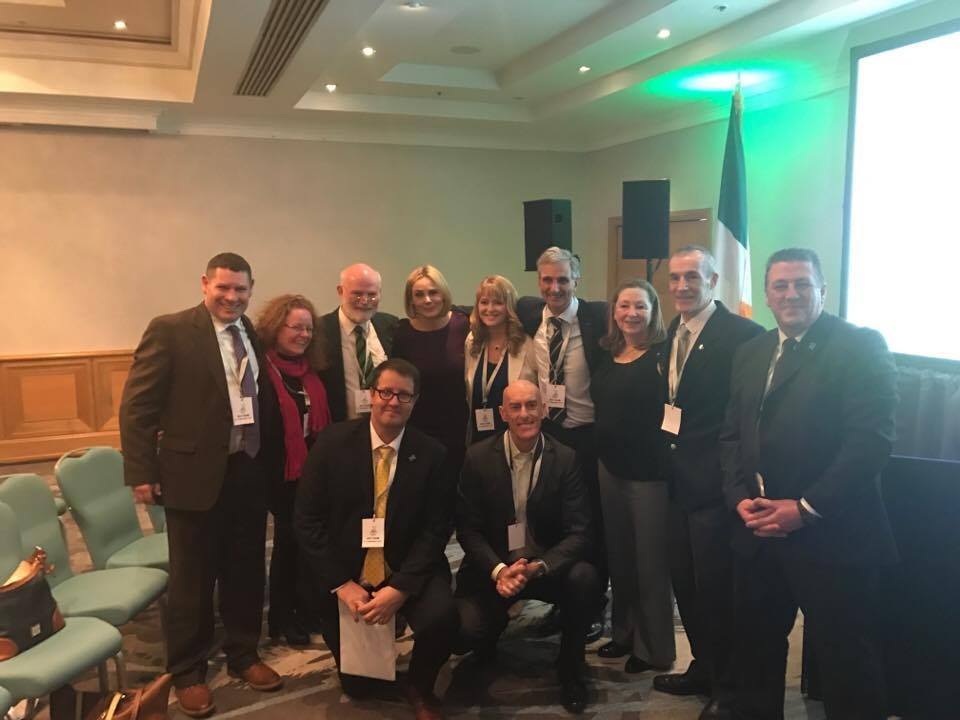 Sarah Keane has been elected as the new President of the Olympic Council of Ireland (OCI) to replace Patrick Hickey at an Extraordinary General Assembly here today.

The Swim Ireland chief executive, 43, received 29 of 43 votes cast to become the first new leader of the organisation in 28 years.

In another blow for one of the longest serving OCI Board members, Football Association of Ireland deputy chief executive Sarah O'Shea was elected honorary general secretary.

She received 28 votes in comparison with 15 for incumbent candidate Dermot Henihan.

It comes as the organisation seeks to rebuild itself following a tumultuous period after Hickey was arrested as part of a Brazilian ticketing investigation during the Rio 2016 Olympic Games.

“I feel humbled and privileged to have been elected as President of the OCI this evening," Keane said.

“I am committed to working with the new Executive Committee and staff of the OCI to put in place administration and governance structures that are fit for purpose and best in class, to ensure an athlete centred approach in respect of all that we do and ultimately, that the OCI plays its part in enhancing the future development of sport in Ireland and represents the country well on the world stage."

Keane, who joined the Executive Committee in 2014, will serve a four-year term due to end after Tokyo 2020.

Her victory is seen as a crushing triumph for the reforming wing of the organisation over the old guard represented by O'Brien.

She will now convene a Board meeting, probably tomorrow, in order to draw up a "timetable for change".

"Some of the required changes will take some time as there are steps that have to be taken in order to facilitate the governance changes," she added.

"I do, however, hope to call a meeting of the new Executive Committee in the next few days and with their input, agree a timetable for change."

Restoring the battered reputation of the body was cited as a key priority as well as creating better support for the country's "world class athletes, coaches and administrators".

She presented a different impression of the body to Henihan, who had spent over 10 minutes paying tribute to Hickey during his report.

He highlighted the growth of the organisation under the 71-year-old's tenure from being run at a "kitchen table" to having a special headquarters building.

Hickey, who was not present today as he recovers from a recent medical procedure, had vowed to step-down this year anyway before his arrest.

He is currently "temporarily self-suspended" from these positions.

Henihan's praise was greeted by applause, but the subsequent elections showed an appetite for change.

William Kennedy was the only figure seen as a Hickey loyalist to retain his place after facing no opposition for honorary treasurer due to the withdrawal of badminton's Nicky Jermyn.

Sailing's Colm Barrington was elected first vice-president with 29 votes in comparison with 12 for taekwondo's Martin Fleming.

Athletes representative and boxer Darren O’Neill was also elected back onto the Board.