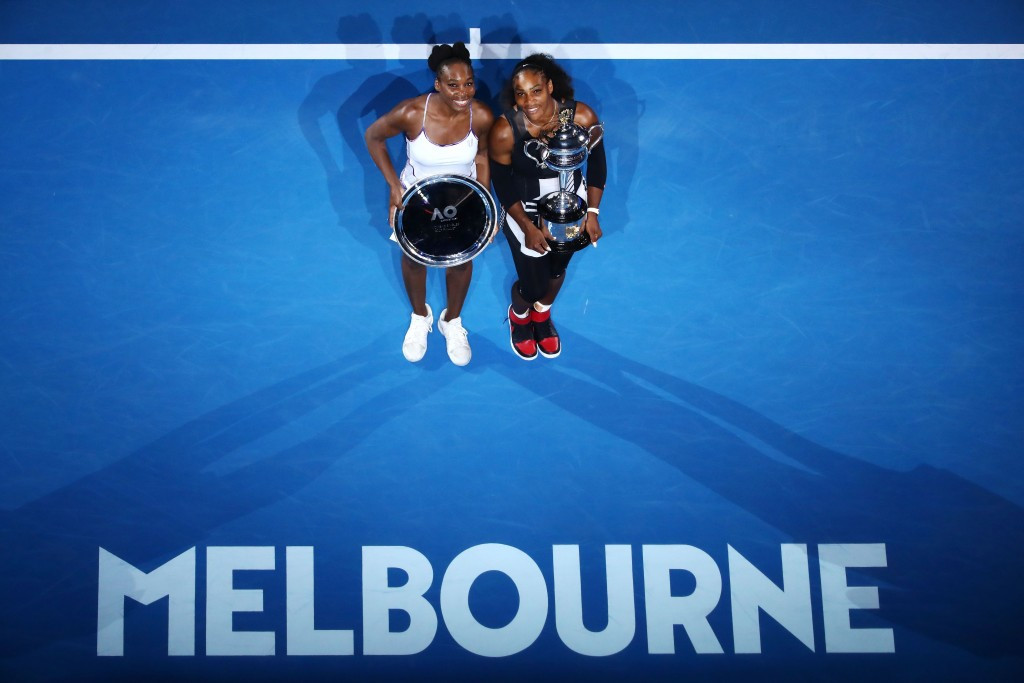 The 35-year-old always appeared slightly stronger in the battle of the American siblings to triumph 6-4, 6-4 in two tight sets in the Rod Laver Arena.

Williams' victory means she overtakes Germany's Angelique Kerber at the top of the world rankings while also moving in front of another German in Steffi Graf on the all-time list of major victories.

Serena was the heavy favourite heading into the match but struggled initially.

She broke twice in the opening games only to swiftly surrender initiative by then losing on her serve.

In the third game, she received a code violation after smashing a racquet in frustration before suffering three double faults while losing serve in the fifth.

Gradually though, the power and aggression of the younger sister began to tell.

A superb drop volley followed by a thumping forehand winner sealed a decisive break at 4-3.

The second set initially went with serve before a brilliant return of serve powered Serena to another seventh game break before she served out the match superbly.

It marked her seventh win in nine Grand Slam finals against Venus.

"There's no way I would be at 23 without her," Serena said afterwards.

"She's the only reason the Williams sisters exist."

"Congratulations Serena on number 23," said the 36-year-old, who is the oldest Australian Open finalist in the Open era.

"It's been an awesome win.

"I'm enormously proud of you, you mean the world to me."

He and Finnish partner Henri Kontinen won 7-5, 7-5 over two other American siblings in Bob and Mike Bryan.

Action is set to conclude in Melbourne tomorrow with the resumption of one of sport's great rivalries between Switzerland's Roger Federer and Spain's Rafael Nadal in the men's singles final.