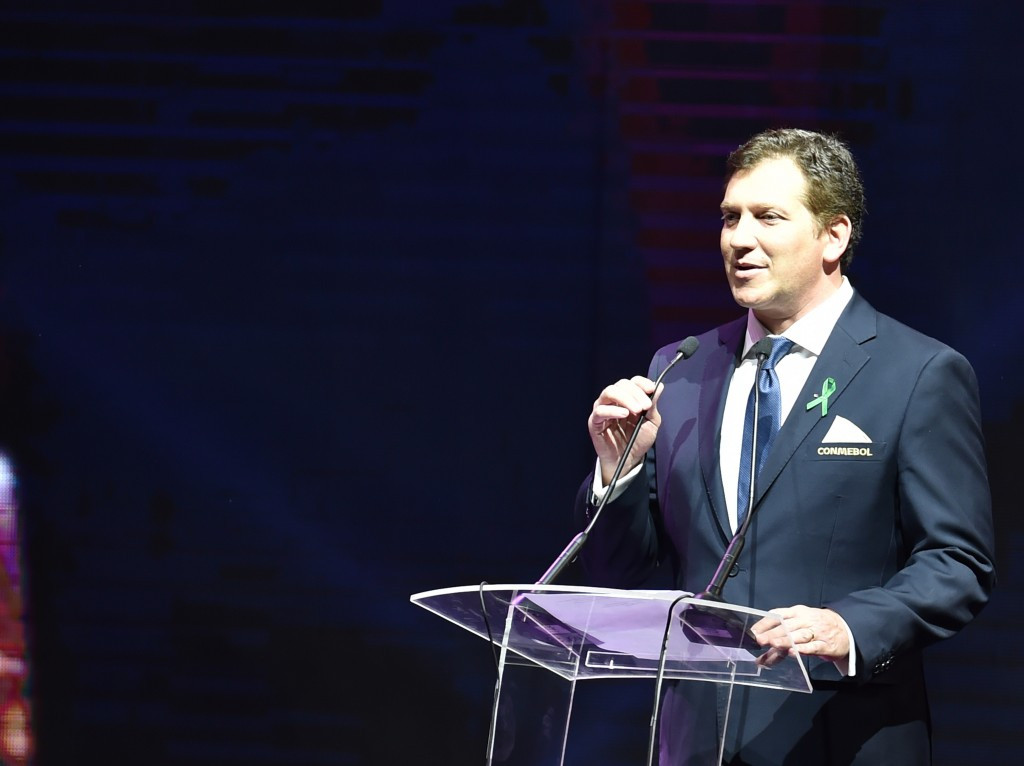 South American Football Confederation (CONMEBOL) President Alejandro Dominguez has been appointed as chairman of the FIFA Finance Committee – despite the organisation’s involvement in the widespread corruption scandal.

The previous three heads of the CONMENOL – Paraguay’s Nicolás Leoz, Eugenio Figueredo of Uruguay and Leoz’s compatriot Juan Angel Napout – have all been indicted by the United States Department of Justice.

They are accused of siphoning millions of dollars worth of bribes and kickbacks, largely relating to media and marketing rights to international matches.

FIFA blocked $20 million (£16.3 million/€18.8 million) of destined for the CONMEBOL and the Confederation of North, Central American and Caribbean Association Football (CONCACAF) in February 2016 due to the involvement of the two bodies in the scandal.

More than 40 officials and entities have so far been indicted on criminal charges in the United States.

Dominguez, who was elected in January of last year after Napout was indicted, is not implicated in the ongoing American investigation and will be tasked with leading the eight-member Finance Committee.

He will also responsible for ensuring FIFA’s financial expansion plan is implemented, including President Gianni Infantino’s pledge to increase the amount of money given to Member Associations.

Dominguez, a member of FIFA’s ruling Council, is thought to be a close ally of Infantino, with the Swiss-Italian actively courting his support in his successful bid to succeed Sepp Blatter as President.

The CONMEBOL head was also one of the first to defend the growth of the World Cup from 32 to 48 teams, unanimously passed at FIFA’s Council meeting in Zurich last week.

Dominguez is one of nine officials to have been appointed to chair one of FIFA’s Standing Committees.

The number of Committees was cut from 26 to 9 as part of the organisation’s reform package.

Issa Hayatou, the current President of the Confederation of African Football (CAF), has been appointed as chairman of the Member Associations Committee.

Belgium’s Michel d’Hooghe, also a FIFA Council member, has been selected to lead the Medical Committee and South Africa’s Raymond Hack has been asked to run the Players’ Status Committee.

FIFA has chosen Italian Pierluigi Collina, one of the world’s best-known officials, to be chairman of the Referees’ Committee.