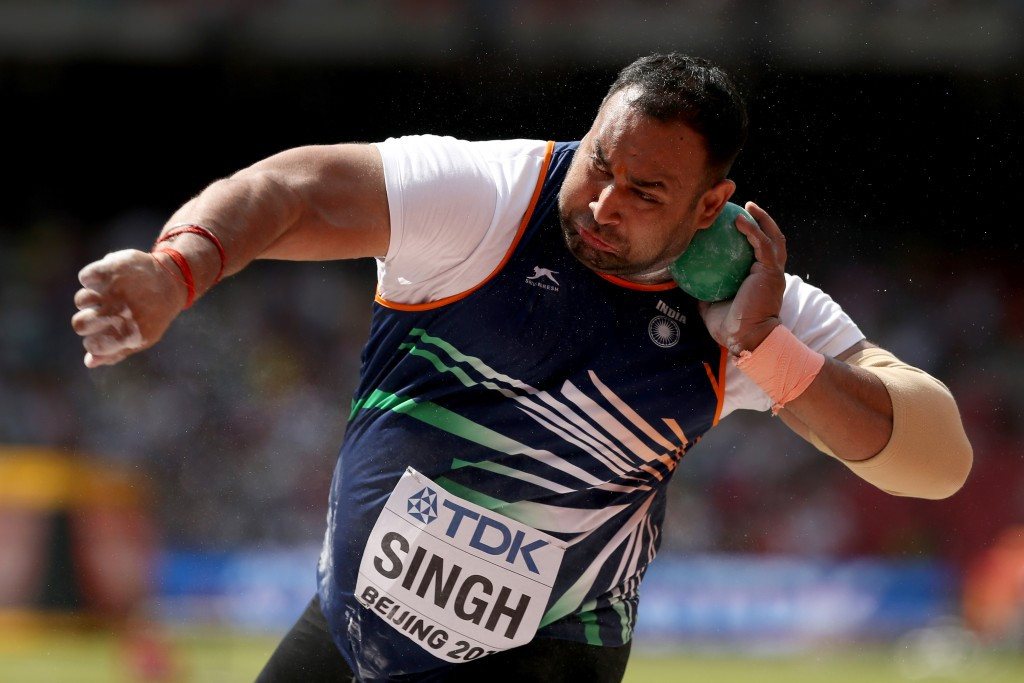 Indian shot putter Inderjeet Singh is reportedly considering legal action against the country’s National Anti-Doping Agency (NADA) after a test of his B- sample from a failed drugs test last year came back positive.

The New Indian Express has reported that sources close to the 2014 Asian Games bronze medallist have claimedid he will question the legitimacy of the testing process in court as the mandatory consent for having the sample tested at the National Dope Testing Laboratory (NDTL) had not been given.

This was reportedly because of "fear of foul play".

Singh tested positive for banned steroids androsterone and etiocholanolon in July of last year, following an out-of-competition test in Bhiwani the month prior.

He had qualified for the Olympic Games in Rio de Janeiro by that time, but his failure, which he put down to his supplements and water being sabotaged, brought an end to his chances of participating and he was barred from travelling to Brazil.

A notice issued to Inderjeet by NADA said that two adverse analytical findings would be counted as one single violation of anti-doping rules, meaning a four-year ban.

Any hopes of an early comeback now seem slim after the testing of the B-sample, conducted in the NDTL under an independent observer.

The sources cited by The New Indian Express say they saw loopholes in the way the test was conducted.

"As per NADA norms, B-sample tests should be conducted with prior consent from the athlete," they said.

"In Inderjeet’s case, we questioned the credibility of NDTL as they gave two contradictory reports on a single sample.

"The whole process is shrouded under mystery and the credibility of NDTL is under doubts.

"We are not going to accept this test result and will challenge the legality of the process in court."

Singh had asked NADA to have his B-ample tested in any World Anti-Doping Agency-accredited lab outside the country, but the request was turned down.

According to The New Indian Express sources, he and his counsel will appear before a NADA disciplinary panel as and when the date is communicated to them.

Singh’s argument would centre around the allegation that NADA has committed "procedural lapse".

The 28-year-old has been a regular medallist for India at continental level, having thrown a distance of 20.41 metres to win at the Asian Athletics Championships in Wuhan in 2015.