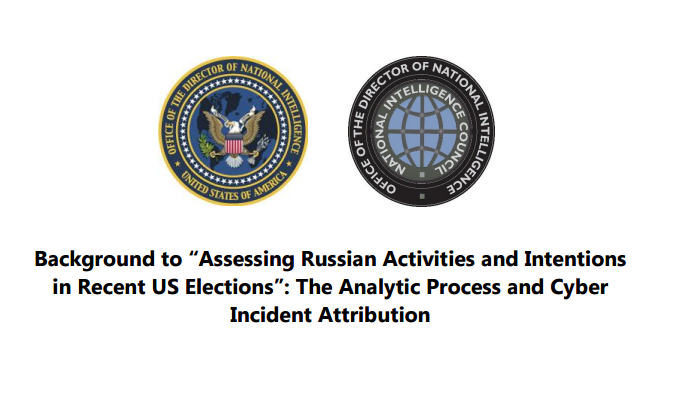 An United States intelligence report has claimed that Russia's alleged interference in the 2016 Presidential election was conducted partly in response to the Olympic doping scandal.

According to the declassified report - which was conducted jointly by the Central Intelligence Agency (CIA), the Federal Bureau of Investigation (FBI) and The National Security Agency (NSA) - evidence suggests Russian President Vladimir Putin sought to avenge what he saw as a US-directed effort to defame Russia through the doping scandal.

More than 1,000 Russian athletes have been accused of involvement in a Government-coordinated doping scheme at Sochi 2014 and other events across Summer Olympic, Winter Olympic, non-Olympic and Paralympic sport.

Allegations about Sochi first emerged in a New York Times interview with former Moscow Laboratory chief Grigory Rodchenkov in May, but has since been supported by independent evidence in a World Anti-Doping Agency (WADA) report spearheaded by Canadian lawyer Prof Richard McLaren.

Russia do admit some doping problems, but have repeatedly denied that there was any state involvement.

They have instead claimed that it forms part of a political attack on Russia by the West.

“[Vladimir] Putin publicly pointed to the Panama Papers disclosure and the Olympic doping scandal as US-directed efforts to defame Russia, suggesting he sought to use disclosures to discredit the image of the United States and cast it as hypocritical," the US report claims.

WADA were among organisations to call for Russia to be barred from the Rio 2016 Olympic Games in response to the revelations.

This call was rejected by the International Olympic Committee (IOC), who handed responsibility over to individual International Federations before ratifying their decision.

The international Paralympic Committee (IPC) did subsequently ban Russians from September's Games, while no Russian Olympians were allowed to compete in the sports of athletics and weightlifting.

The US report then concludes that Putin "ordered an influence campaign in 2016 aimed at the US Presidential election” which included a "multifaceted" hacking campaign specifically aiming to harm Hillary Clinton ultimately unsuccessful Democrat candidacy.

Clinton was defeated by Republican rival Donald Trump, who has expressed scepticism about the conclusions of the intelligence agencies and advocated a far less hostile relationship with Russia.

The report also claims that Russia was behind a series of hacks on WADA and other anti-doping organisations.

"A prominent target since the 2016 Summer Olympics has been WADA, with leaks that we assess to have originated with the GRU and that have involved data on US athletes," the report says.

Hacks revealing the identity of dozens of top athletes who had received Therepeutic Use Exemptions (TUE) to take otherwise banned substances were published by a group called Fancy Bears'.

There is no suggestion that any of these athletes have done anything illegal.

Fancy Bears' were specifically named in another report, jointly compiled by the US Department of Homeland Security (DHS) and the Federal Bureau of Investigation (FBI) last month, amid a list of 48 "alternate names" for "Reported Russian Military and Civilian Intelligence Services".

However, Russia has denied any involvement in the hacking campaigns.

The latest report, entitled "Background to Assessing Russian Activities and Intentions in Recent US Elections: The Analytic Process and Cyber Incident Attribution", can be read in full here