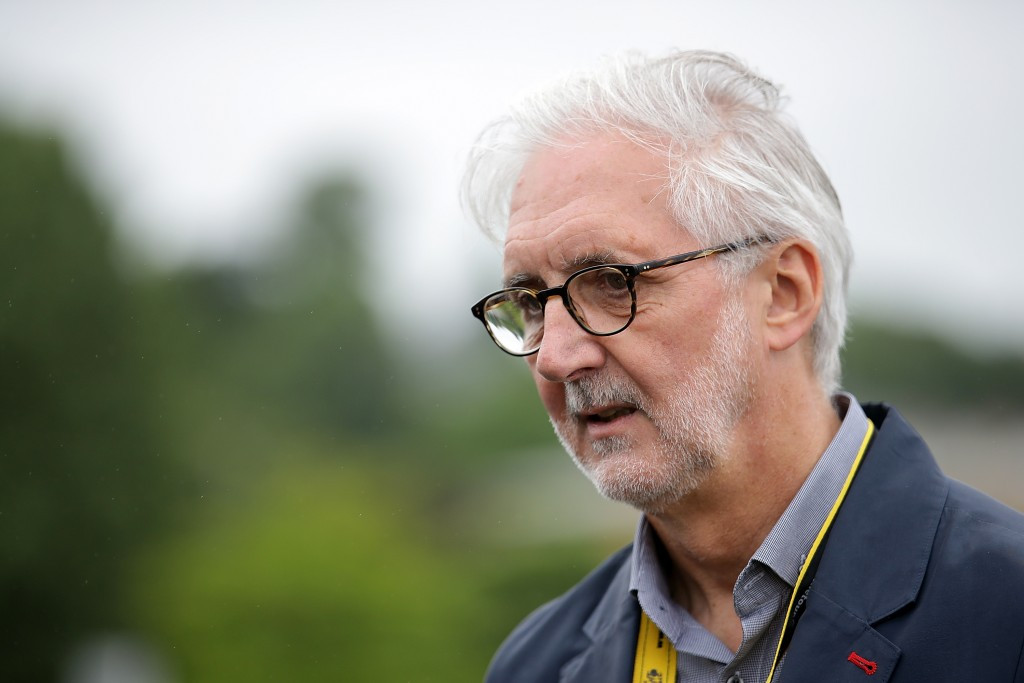 Lappartient, also the President of the European Cycling Union (UEC), announced his decision not to stand for a third term at the FFC in October.

The Frenchman claimed his decision to opt out the elections had been made due to his commitments at international level, including being chairman of the Professional Cycling Council and vice-president of the UCI.

His announcement sparked speculations he could challenge Cookson for the UCI Presidency, with the Briton having announced he would stand for a second term in May.

Lappartient criticised the leadership of Cookson in a letter last year, citing the governing body’s feud with the Amaury Sport Organisation (ASO) over the UCI’s World Tour reforms.

He, however, backed an agreement which was reached by the UCI and ASO in June, which saw the race organiser's events remain on the World Tour for the 2017 season.

Madiot, head of the French Professional Cycling League, has backed his compatriot Lappartient to take on Cookson.

"One must have, as in politics, a real programme, written in black and white what it is possible to do," Madiot told French newspaper Le Parisien.

"Good lobbying is also important, as has been done for the Olympics.

"The French aren't as good as the Anglo-Saxons at that.

"He's got to work hard, he's got to go on the offensive and land some blows."

To stand for the Presidency, a candidate must be nominated by the national governing of their nationality or residence, with the nomination required to be submitted three months prior to the date of the Congress.

The UCI’s Congress will take place in Bergen on September 22, coinciding with the UCI Road World Championships in the Norwegian city.

Madiot claimed change at the governing body was required, suggesting they needed to stop their short-term vision, following the cancellation of the Tour of Qatar last month.

The race was added to the UCI WorldTour for the forthcoming season, but both men’s and women’s events were cancelled, with organisers citing a supposed lack of financial backing.

I've never agreed with Marc Madiot on anything. Until now. https://t.co/7fleGp0UlO

"We need a true revolution, an overhaul of the overall function of cycling," he said.

"And that goes via the election of the new President of the UCI.

The American tweeted "I've never agreed with Marc Madiot on anything. Until now."

When Cookson was elected for a first term in 2013, after beating the incumbent Pat McQuaid after bitter campaign, Armstrong's first response was to tweet a single word: "Hallelujah".