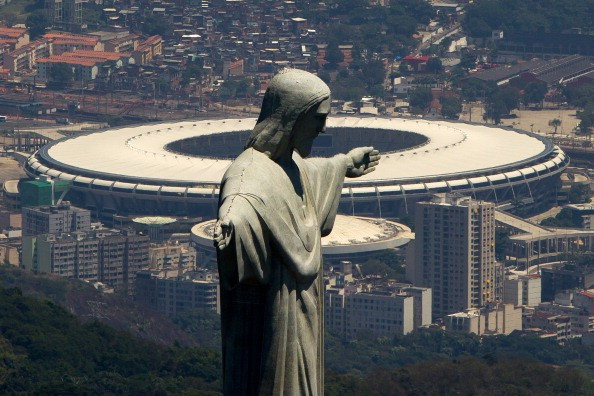 Rio 2016 have rejected claims that they are to blame for the state of disrepair the Maracanã Stadium has fallen into since it hosted Opening and Closing Ceremonies and football finals at last year's Olympic and Paralympic Games.

Reports in the O Globo newspaper showed how the iconic stadium - which also hosted the final of the FIFA World Cup in 2014 - has swiftly descended into an alarming "state of abandonment" following the Games.

Spotty patches of burned-out turf has marked the turf, it was reported, while the grass has been allowed to grow far longer than normal.

Food for the last event held there on December 28 reportedly remains in the stands while numerous cats roam the grounds.

Destroyed and maintained furniture, holes in the walls and exposed wires are all supposedly visible, while electrical outages are also common.

A "noticeable smell of mould" was also recorded.

The 78,000 seater stadium was originally built for the 1950 World Cup but underwent a $600 million (£488 million/€569 million) renovation in order to successfully host the World Cup and Olympics.

It was officially transferred out of the hands of Rio 2016 to the State Government and a consortium of private companies on November 4, but the Organising Committee have been been blamed for failing to leave it in the same condition as they found it in.

This has been strongly rejected by Rio 2016 director of communications, Mario Andrada.

"We handed it back in much better shape than we received it in.

"We have fulfilled all legal obligations and provided the iconic Maracanã with one of the only events it had not hosted: an Olympic final.

"It was one of the greatest events ever held there.

"This was all accepted by the State Government when we handed over the stadium."

The consortium of companies to have since taken ownership consists of constructors Odebrecht SA and entertainment group AEG.

Odebrecht are implicated in the Operation Car Wash corruption investigation in which dozens of top Brazilian politicians are accused of accepting bribes in returning for approving deals.

The company also admitted to making similar payments to secure public contracts in Peru last month, with the resulting political fallout blamed for the Peruvian Olympic Committee's failure to pay money owed to the Pan American Sports Organization (PASO) ahead of the Lima 2019 Pan American Games.

But, whoever is to blame, the latest problems at the Maracanã shine more light on a failure to so far achieve the Olympic and Paralympic legacy objective of maintaining thriving sporting venues.

It is not yet clear who will run the stadium on a permanent basis.

Brazilian top flight team Flamengo have been playing recent home games at the Estádio Kléber Andrade rather than at the Maracanã.

O Globo is also reporting a similar state of disrepair at the adjacent Maracanãzinho volleyball venue.

Four matches have taken place at the Maracanã since Rio 2016 relinquished responsibility.

This included a charity game on December 28 to honour the victims of the Chapecoense plane disaster.

Observers have claimed that restoring the state of the stadium will be relatively straightforward but that the greater problem concerns who is going to run and maintain the venue permanently.