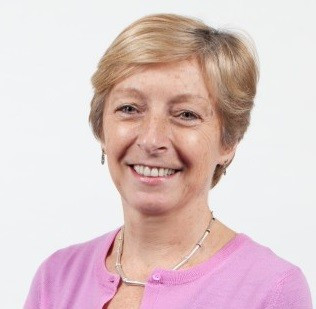 Last Friday (December 9), we at UK Sport announced our investment decisions for Tokyo 2020 alongside our challenging ambition to deliver more medals and medallists in Japan.

The announcement was of major interest to the sports concerned and also one that the rest of the sporting world would have taken note of following GB success at the 2016 Olympic Games in Rio.

When we talk about those amazing few months in Brazil this summer, we shouldn’t forget the scale of the achievement: becoming the first nation to increase both its Olympic and Paralympic medal haul post hosting.

We won Olympic gold medals across more sports than any other nation that competed in Rio while in the Paralympics, eleven sports claimed victory in Rio which marked the biggest gold medal haul since the introduction of National Lottery funding for high performance sport in 1997.

The performances of GB athletes in Rio saw us finish second on both the Olympic and Paralympic medal table, firmly establishing the nation as a sporting superpower.

It becomes all the more impressive when you look at just how far we have come in the past 20 years since Atlanta 1996. Back at those Olympic Games, we won just one gold medal and finished in 36th place on the medal table which was felt to be a real low point for British Olympic sport.

UK Sport was established in 1997 with a remit to deliver medals on the world stage and the results speak for themselves with over 800 Olympic and Paralympic medals having been delivered at the Games since then.

The success has been driven by a high performance system that is now the envy of the world. It is a people business and the key ingredient is the talented and committed athletes, coaches and practitioners. Another key feature of our system is the way that partners work together to deliver a shared goal by providing world leading support to enable our athletes to succeed.

As we look ahead to Tokyo 2020, the Government has tasked us with building on the successes of London 2012 and Rio 2016 and that is why we have set a challenging aspirational goal that will motivate the high performance system to strive for even greater heights.

Following the most forensic investment process ever, which began more than a year to go, we have agreed medal ranges with all of the sports we will invest in and this indicates that we have the potential to win between 51-85 Olympic medals and 115-162 Paralympic medals in Tokyo. So our goal is to win more medals and create more medallists in 2020 and with the continued support of Government and National Lottery players we know that this is possible.

We know what it takes to win and what it costs to win and we believe the investments we have made for the Tokyo cycle will deliver medal winning success to inspire the nation once again.

We would love to invest in every Olympic and Paralympic sport with medal potential but the reality is that the available resources cannot stretch that far and we have to prioritise to protect and enhance the medal potential within the system. If we underinvest we will underperform at the Games, the rest of the world will catch us up and medal success will be put at risk.

As a consequence, and regretfully, we are unable to invest for Tokyo in five sports that we invested in for their Rio potential which are archery, badminton, fencing, weightlifting and wheelchair rugby.

This should not be interpreted as a criticism of past performance, progress or commitment of any of the sports or athletes affected. It is a matter of affordability and priorities and the need to invest what it costs to win in the sports with the strongest future medal potential in Tokyo.

We are sensitive to the fact that this will have a devastating impact on the hopes and dreams of some athletes, coaches and support teams that miss out and we will be fully supporting those affected through a transition plan.

As I told my colleagues last week, our biggest responsibility is to target our available resources to drive medal winning success. Our track record of success and the rigour of our processes gives me confidence that the tough calls we have made are the right calls in support of our best medal prospects to deliver the agreed medal target ranges but it is right that sports adversely affected have the opportunity to make representations directly to our Board before considering the option of a formal appeal.

That said, the final fours years of the journey to Tokyo 2020 starts now.