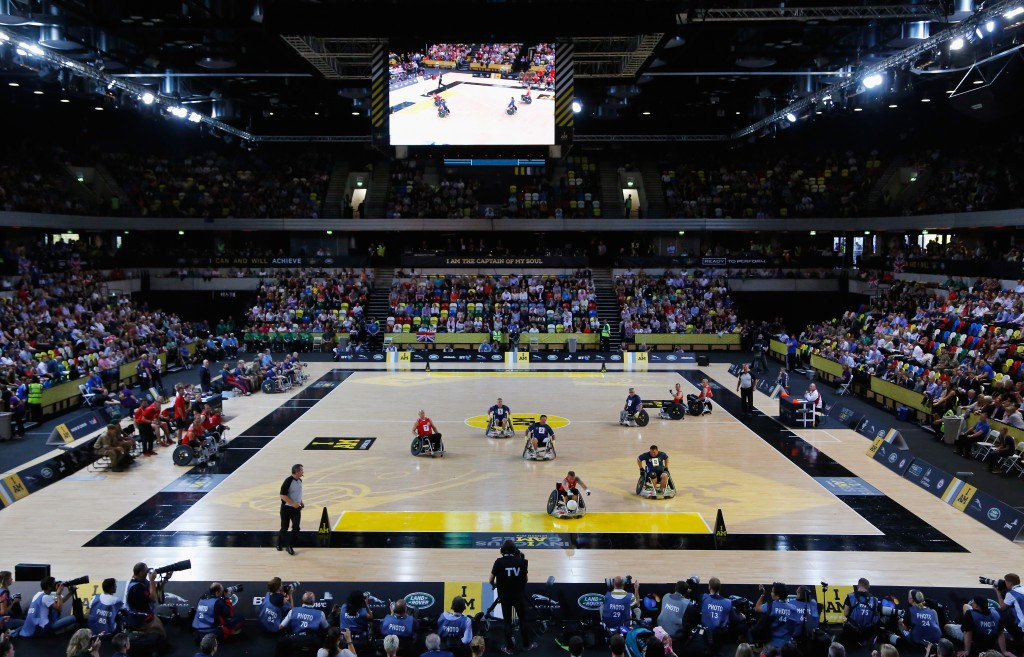 The Conlog Arena in Koblenz in Germany has been announced as the host venue of the 2017 International Wheelchair Rugby Federation (IWRF) European Championship Division A tournament.

The European Championship Division A, due to be held between June 24 until July 1 2017, will bring together the top eight teams from the IWRF European Zone.

Host country Germany will be joined by reigning European champions Great Britain, Denmark, France, Ireland, and Sweden, all of which finished in the top six at the 2015 Championships A Division.

Completing the draw will be Finland and Poland, who both qualified for Division A by finishing in the top two at the 2016 European Championship Division B, held earlier this year in Nottwil in Switzerland.

The competition is a direct qualifier for the 2018 IWRF World Championship in Sydney in Australia, where the top four teams from the 2017 European Championships will be invited to take part.

Teams finishing outside of the top four will still have a chance to qualify through the World Championship Qualification Tournament, to be held in early 2018.

The tournament draw for the Championships Division A is due to be held by the IWRF in January, with a date still to be confirmed.

This is the first time Germany has hosted the IWRF European Championship.

Last month, the IWRF held their annual General Assembly in the German city of Frankfurt in which Great Britain's Richard Allcroft and Gary Pate of the United States were elected as Board members.

The duo were among five candidates in the frame for the two available positions, with Allcroft an incumbent and Pate a new member.