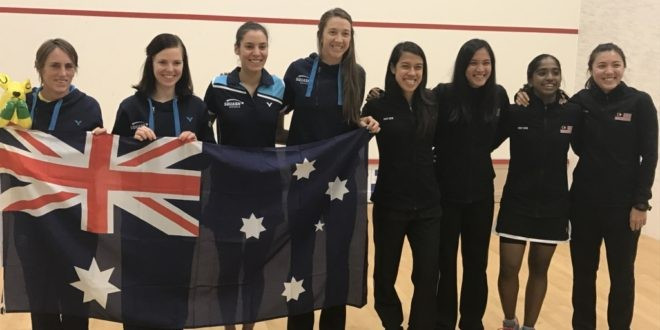 Asian junior champion Sivasangari Subramaniam started in superb fashion for the Malaysians at the Jeu de Paume club with a 3-1 win in 51 minutes over Christine Nunn.

Delia Arnold had too much pace and power in the second clash to beat Australian veteran Rachel Grinham, 3-0.

"I am very happy with the way the girls played today," said Malaysian coach Peter Genever.

"Beating the Aussies 3-0 is a great result."

Hosts France were among other winners with a 3-0 triumph over Japan in Pool D.

It was a mixed day for Japan, however, who also beat Spain 2-1.

On a day of few surprises, top seeds Egypt also ran out 3-0 winners over New Zealand in Pool A.

Others to enjoy success today included The Netherlands, who beat Austria 3-0, and Canada, who triumphed 2-1 over Wales.