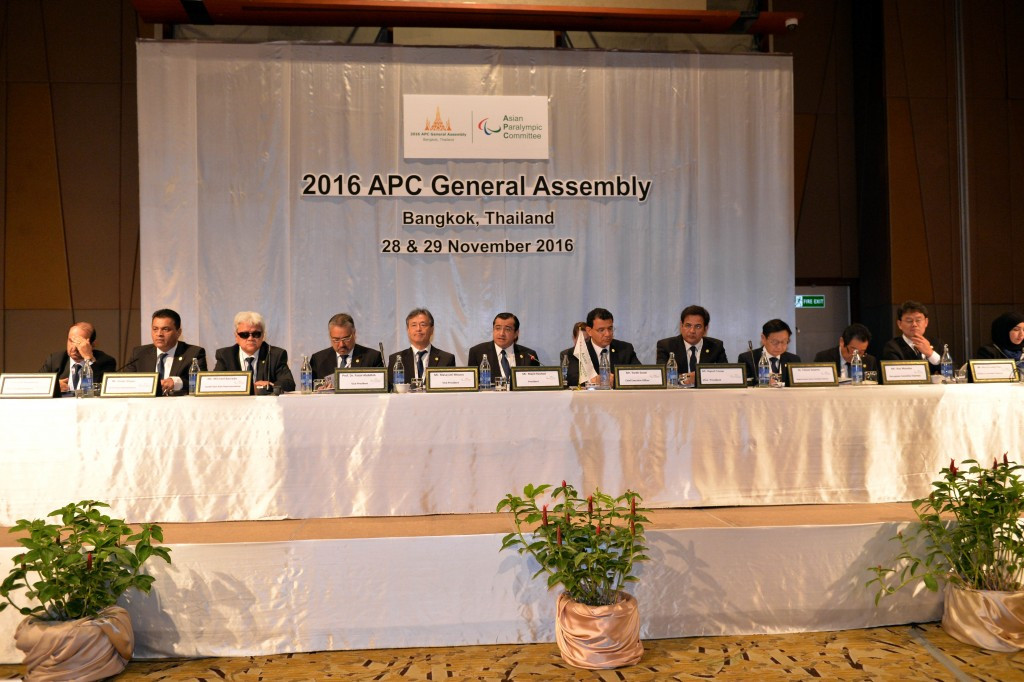 The fourth Asian Paralympic Committee (APC) General Assembly officially came to a close today in Bangkok in Thailand with members voting overwhelmingly to change the constitution.

More than 90 people from 33 of the region’s National Paralympic Committees (NPCs) were present at the event, the first General Assembly held under the Presidency of Majid Rashed, who was elected back in December 2014.

They were joined by observers from International Federations, the International Paralympic Committee (IPC) and Regional Sports Organisations.

The amended constitution sees a change both in the membership structure, which is effective immediately, and the composition of the Board which will come into effect at the next elections in 2018.

Currently the APC’s members consist of solely the National Paralympic Committees from Asia.

It is thought that this will closely mirror the IPC membership structure while helping to promote Para-sport at a regional level.

In addition, the five sub-regional Committees will also be able to become full voting members.

He outlined the importance of a strong Asian region for the Paralympic Movement, given that the next three Paralympic Games will take place there.

The General Assembly also received updates on the APC’s finances and approved the budget for the forthcoming year.

An overview of APC activity over the past two years was presented and the Organising Committees from the Pyeongchang 2018 Winter Paralympic Games, the Indonesia 2018 Asian Para Games and Tokyo 2020 Paralympic Games all gave presentations on their preparations.

"We took the decision to move the General Assemblies to bi-annually because we want to foster close relationships between our members, to share best practice and help to strengthen the Paralympic movement in our region," said Rashed.

"We have had a very productive two days with much discussion and debate.

"It is clear that as a region we are ambitious and committed to really grasping the opportunities that the next eight years present.

"It has been a pleasure to meet with our colleagues and we all leave motivated for what the future will bring."