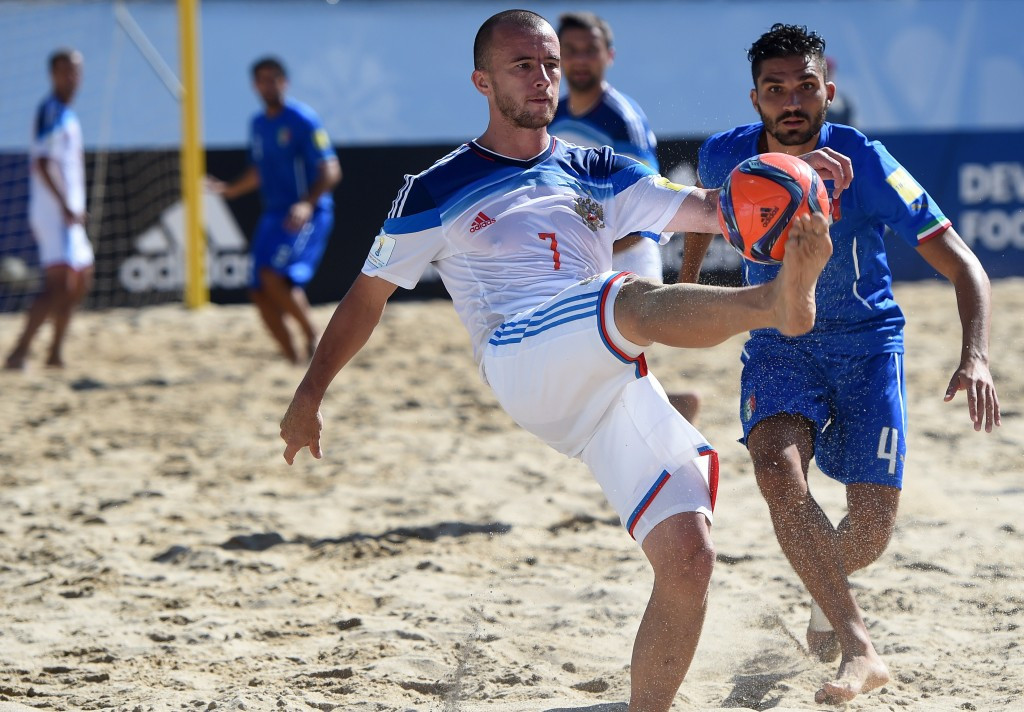 Action at the 2021 FIFA Beach Soccer World Cup could take place in Moscow's iconic Red Square if a planned Russian bid for the biennial event is successful.

This was announced by Russian Football Union official Sergei Anokhin following his re-election as chairman of the organisation's Beach Soccer Committee.

If successful, it would mark the first time that the 2011 and 2013 champions have played host to the event.

"We want to submit a bid to host the Championship in 2021," Anokhin was quoted as saying by Russian website Championat.com.

"The idea has been there for a long time.

"We would like [it] to take place in Moscow on Red Square."

Three editions have taken place on Copacabana Beach in Rio de Janeiro, with other hosts including Marseille, Dubai, Ravenna and Tahiti.

Praia da Baía in Portugal hosted the most recent edition in 2015.

The Bahamas is due to play host to the next event in 2017.

The next edition of the FIFA World Cup is also due to take place in Russia.

It is expected the nation's chances of successfully bidding for future sporting events could be affected by the outcomes of the McLaren investigation into allegations of state-sponsored doping in Russia.

The second part of the World Anti-Doping Agency-commissioned report is expected to be unveiled in full on December 9.