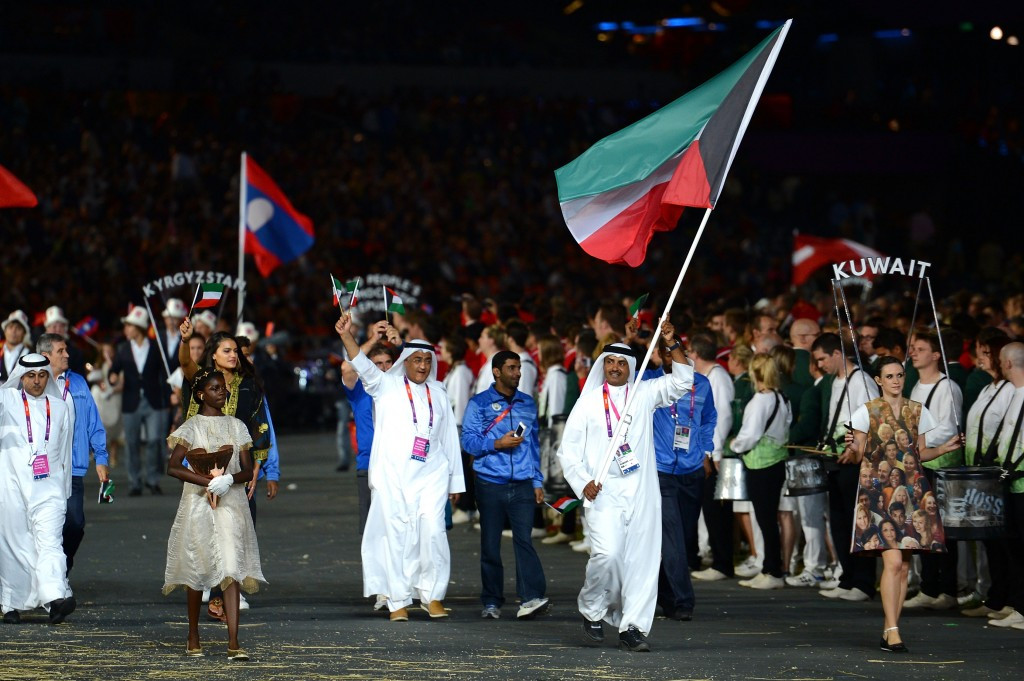 This comes amid a row which saw Kuwait suspended from the IOC and barred from August's Rio Olympic Games due to Government interference.

A new sports law granted by the Sports Ministry, with the power to take over all sports bodies and National Federations, as well as being able to control decisions including appointments and financial matters, prompted the suspension.

In a letter addressed to Sheikh Fahad and dated today, IOC deputy secretary general Pere Miró reiterated how they do not recognise the new body.

He also threatened legal action if they continue to claim to be a genuine National Olympic Committee (NOC).

"In accordance with the Olympic Charter, only those NOCs duly recognised by the IOC are entitled to enjoy the status of an NOC and can designate, identify or refer to themselves as National Olympic Committees," Miró wrote in a letter obtained by insidethegames.

"Consequently, you are not entitled to refer to yourself as the 'NOC of Kuwait' and it is hereby required that you cease making illegal and unauthorised use of the properties of the IOC and the IOC-recognised Kuwait Olympic Committee (including in particular its name, emblem and letterhead).

"In view of the above, please be informed that the IOC hereby reserves all its rights to take any action against all those, including yourself, who have been involved in any way, directly or indirectly, in the establishment as well as any other activities of the so-called 'Interim Committee' in gross violation of the Olympic Charter.

"This includes all claims for the consequences of any damages resulting from your illegal acts."

The IOC letter was also sent to Sheikh Salman al-Humoud Al-Sabah, the Kuwaiti Minister of State for Youth Affairs who is seen as the instigator behind the new laws.

Sheikh Salman resigned as head of the Asian Shooting Confederation last year after standing unsuccessfully against Mexico's Olegario Vazquez Raña to become head of the International Shooting Sport Federation in 2014, an election he lost by 165 votes to 128.

Sheikh Salman blamed his cousin, the Association of National Olympic Committees and Olympic Council of Asia President Sheikh Ahmad Al-Fahad Al-Sabah, for his defeat after it was alleged beforehand that he used his Government position to illegally collect votes.

It is thought that many of the subsequent developments in Kuwait have been a form of revenge against Sheikh Ahmad and the wider sports world.

New statutes were proposed in Kuwait's National Assembly in June after a United Nations-brokered meeting earlier this year in Geneva had failed to broker a solution.

Article 11 proposed that the Government's Public Sports Authority (PSA) has the power to cancel any decision made by either the Board or General Assembly of the KOC or any club, National Federation or other sporting organisation.

Article 12 gave the PSA permission to dissolve any of these bodies in certain cases, including when it is in the "public interest" to do so.

Among the other statues was a provision, listed as Article 27, which stated: "All sports bodies shall be subject to the supervision and control of the competent Ministry in all administrative, financial and organisational aspects.

"In this respect, the competent Minister shall appoint specialised supervisors to carry out the control."

All of these elements were subsequently used to justify the dissolving of the KOC and its replacement with the Sheikh Fahad-headed body.

A Kuwaiti Government appeal against the IOC suspension was rejected at the Civil Court of Canton de Vaud in Switzerland in August.

Kuwaiti athletes were only able to compete as independent athletes at Rio 2016, where Fehaid Al-Deehani won what would have been a first Olympic gold for the Gulf nation in the double trap event.

In his letter today, Miró, who is also IOC director for NOC relations, also accuses Sheikh Fahad of "attempts to create confusion by presenting yourself publicly as the 'chairman' of the so called called interim Board of the KOC".

He also revealed that two previous letters to Sheikh Salman dated August 19 and August 26 had been ignored.

All International Sports Federations and all National Olympic Committees were listed as being copied-in to today's letter along with IOC President Thomas Bach and Sheikh Talal Al-Fahad Al-Sabah, the brother of Sheikh Ahmad and the suspended President of the KOC.