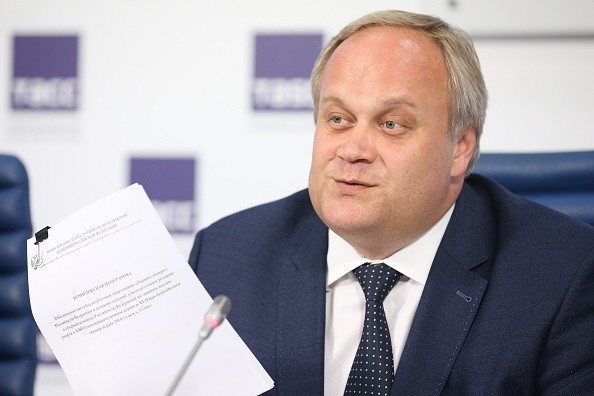 Yury Nagornykh has reportedly been dismissed from his position as Russian Deputy Sports Minister following a decree signed by Prime Minister Dmitry Medvedev.

Nagornykh had been suspended in July due to his alleged involvement in spearheading Russia's "state sponsored doping programme" at the Sochi 2014 Winter Olympic and Paralympic Games.

According to the TASS news agency, a decree was signed by Medvedev on October 20, formally removing the official from his position.

No direct reason has been given, although it appears likely this is linked to his suspension.

The World Anti-Doping Agency (WADA)-commissioned McLaren Report claimed Nagornykh had been advised of every positive test across all sports from 2011 onwards, and had personal control over who would benefit from a cover-up and who would not be protected.

It is alleged that selected implicated samples were switched for clean ones in a clandestine nighttime operation at the Sochi laboratory which involved up to 15 medal winners.

He thus appears to have become the fall guy for Russia's doping problems, particularly because his former superior Vitaly Mutko, the Sports Minister, was promoted to one of nine Deputy Prime Minister positions this month.

The McLaren Report claimed it was "inconceivable" that Mutko was not aware of the programme despite him not being implicated as directly as Nagornykh.

Nagornykh has constantly denied all charges and dismissed the allegations as a United States media conspiracy.

He, Mutko and all Sports Ministerial figures were banned from attending the Rio 2016 Olympic Games by the International Olympic Committee (IOC).