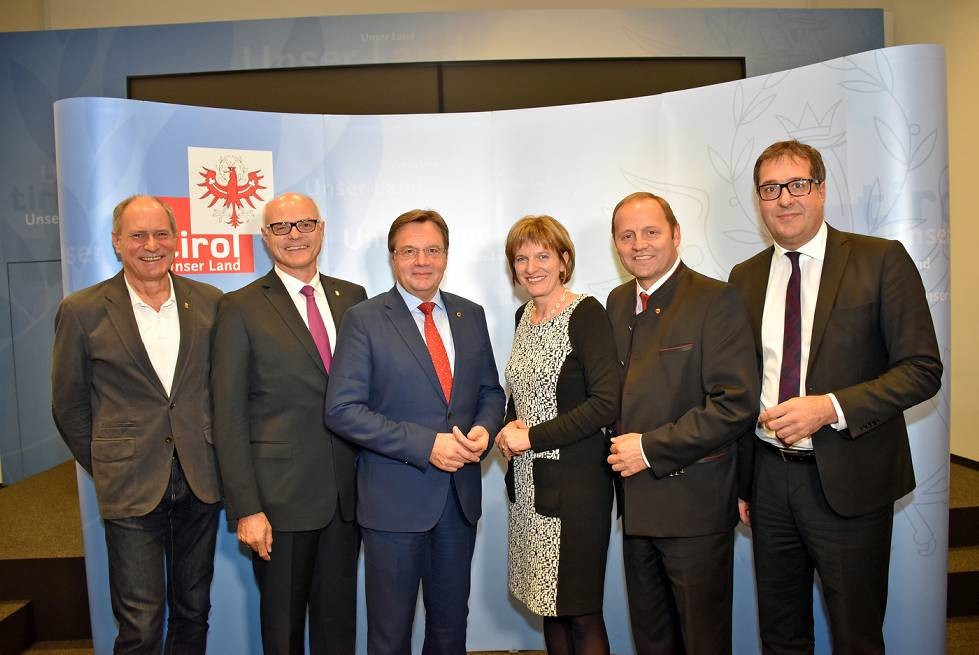 Innsbruck has emerged as a potential contender to host the 2026 Winter Olympic and Paralympic Games after the Austrian Olympic Committee (ÖOC) agreed to carry out a feasibility study into whether they should launch a bid.

The decision to press ahead with the study was made by the State of Tyrol, the city of Innsbruck and the ÖOC.

Among the key aims of the study will be to determine whether the region boasts the competition, transport and accommodation facilities required to host the Games, as well as ensuring it would be economically viable.

"A feasibility study is a first, indispensable step towards an intensive discussion about an application," said Peter Mennel, ÖOC general secretary.

"It is about finding answers to the most important organisational questions.

"Only then does it make sense to go to the conceptualisation and planning, that is, how Olympic Games in Innsbruck could actually become reality in 2026.

"Only those who do their homework in this initial phase can achieve international success."

Innsbruck has previously staged the Olympic Games on two occasions, in 1964 and 1976.

The Austrian city had stepped in to host the latter, after original hosts Denver withdrew.

Their potential bid for the 2026 Olympic Games follows the city successfully staging the inaugural Winter Youth Olympic Games in 2012.

"The International Olympic Committee - at the top with Thomas Bach - has clearly indicated to us that applications from traditional winter sports centres, which have decades of experience in the organisation of major events, are highly regarded," said Karl Stoss, ÖOC President.

"The new leadership in the IOC aims to provide affordable, well-organised Games, which are also supported by the population.

"The fact that Innsbruck is predestined for lasting, likable Games, was recently proved at the Youth Games 2012.

"Tyrol's winter sports competence does not have to be explained for a long time."

Should the ÖOC opt to press ahead with a bid for the Games, they could face competition from Calgary and a potential Swiss effort.

An Exploration Committee examining whether Calgary should launch a bid was launched in September, with Rick Hanson leading the group.

His Committee are expected to see how local and national stakeholders would fund holding the Winter Games, while analysing how they could utilise existing facilities, used for the 1988 Winter Olympics in the Canadian city.

Switzerland are almost certain to bid for the 2026 Games, with four projects in the running to be their candidate.

Trento in Italy, Dresden in Germany, 2022 runner-up Almaty in Kazakhstan, Sweden's capital Stockholm, Lake Placid in the United States and the Japanese city of Sapporo have also all been touted as potential bidders.