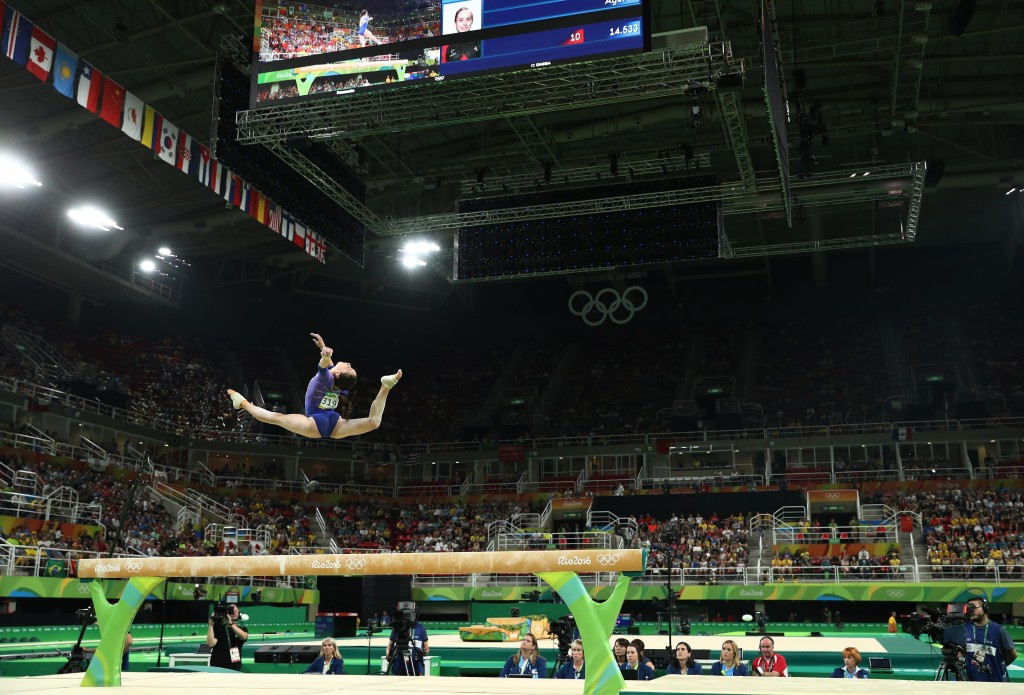 Bruno Grandi, who steps down this week after 20 years as President of the International Gymnastics Federation (FIG), has spoken of the "great chance" his sport has to embrace a 3D judging replay system currently being developed in Tokyo.

The 82-year-old Italian, who championed replacing the 10.00-points-maximum marking system in 2006 following the controversial decisions which marred the Athens 2004 Olympics, told insidethegames: "The evaluation system is the biggest challenge in a sport like ours.

"Last year in Tokyo, we have seen the results of studies regarding a 3D replay system able to automatically deliver difficulty scores.

"These researches are led by the Fujitsu Company and the FIG Executive Committee is very interested by this idea that would allow the reduction of the number of judges needed for competition.

"A couple of years ago I saw a similar project at the University of Milan but at the time the programme could only analyse linear movement, not twists or somersaults.

"Now the Japanese researchers have found the way to reproduce complex movements and I believe it is a great chance for gymnastics.

"But it only deals with the difficulty score, not with the execution score.

"This 3D system would enable us to get fixed difficulty scores and therefore prevent from any possible misunderstanding."

A Fujitsu press release issued in May this year detailed its joint project with the Japanese Gymnastics Federation, explaining: "At present, motion capture technology is widely used to analyse human movements, but this technology is not practical in actual competitions as it requires the placement of multiple markers, thereby burdening the gymnast.

"Now, by capturing human movements in three dimensions with the high precision offered by 3D laser sensors, and using the 3D data this generates to recognise an athlete's joint position and the techniques performed, the researchers seek to derive the numerical data needed to judge competitions, and create technology that supports judges' scoring decisions."

After accepting an offer from the Japanese governing body last November to inspect the "automatic gymnastics evaluation device" being developed by Fujitsu, Grandi - who will be succeeded this week at the 81st FIG Congress in Tokyo by either the European Union of Gymnastics President Georges Guelzec or the secretary general of the Japanese Gymnastics Association Morinari Watanabe - said: "I firmly believe gymnastics will develop towards this scientific approach, which will lead to an improved study of body movements.

"This will come to represent the system of technical evaluation related to ‘difficulty’ and its identification, making it possible to accurately determine the real value of all routines, simple or complex."

Grandi, who added that, "after finalisation", gymnastics would have its own "photo-finish" option, made it clear that any newly developed system would not be a substitute for judges during its experimental period, and would not be used to make final comparisons between competitors.

A number of judges have been sanctioned by FIG for controversies with their scoring over the past few months.