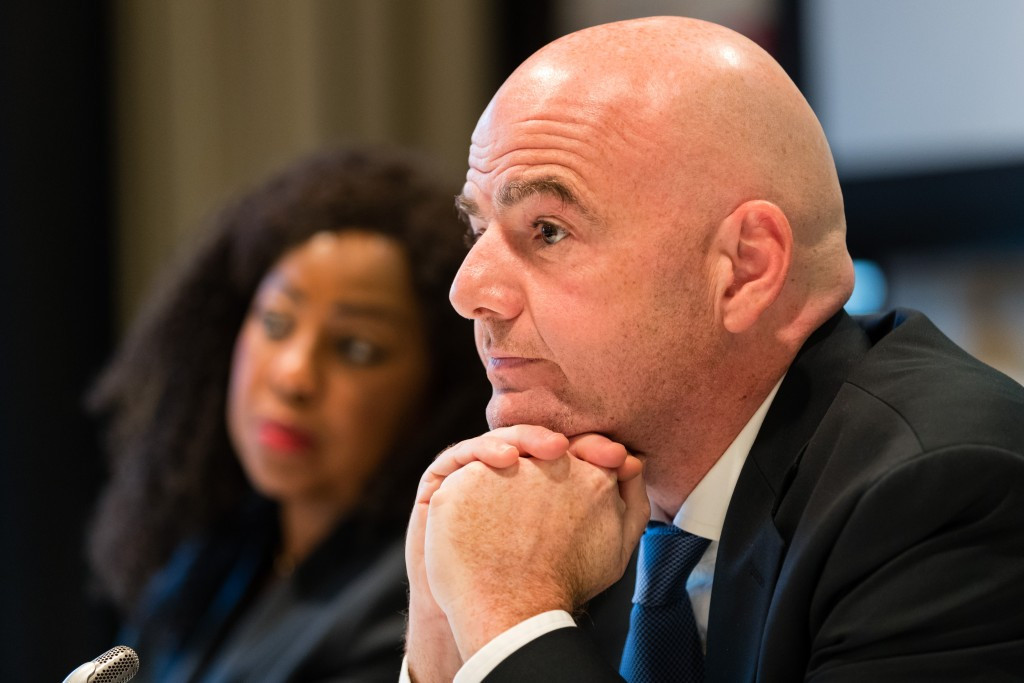 FIFA President Gianni Infantino’s dream of an expanded World Cup could become a reality after the governing body’s ruling Council agreed to look into the prospect of growing the tournament to 40 or 48 teams from the 2026 edition of the quadrennial showpiece.

The proposals, which have been spearheaded by Infantino, are due be discussed at the next meeting of the FIFA Council on January 9, where a decision will be taken by the organisation’s leaders.

The announcement was made following the conclusion of the second day of the Council’s first meeting, where several new members, along with secretary general Fatma Samoura, were participating for the first time.

FIFA will study four main options for the 2026 tournament, with the least likely appearing to be keeping the event to its usual 32-team format.

Plans to stage an event involving 40 nations, with countries split into eight groups of five or ten groups of four - where the group winners and the six best runners-up would progress - are also on the table.

Infantino intimated last week that the World Cup could grow to incorporate 48 teams, which would involve a play-off round before the main group stage.

Under the plan, 16 teams would exit at the preliminary stage, with the remaining 32 proceeding to the usual group and knockout phase structure.

Infantino said the discussion must include allocating the extra places between FIFA's six Continental Confederations.

Despite opposition to the expansion, with many claiming it would dilute the quality of what is second only in worldwide sporting stature to the Olympic Games, Infantino insists the Council were "positive" towards the idea.

"When a team qualifies for the tournament the whole country is in football euphoria," the Swiss-Italian, elected to replace the disgraced Sepp Blatter as FIFA President in February, said.

"More youngsters want to play the game, companies want to get involved in sponsorship and the benefits to football as a whole are immense.

"In a 48-team format, the quality would be higher because the 32 teams would have a play-off.

"The quality would improve and not decrease in any way."

The development comes after Infantino unveiled “FIFA 2.0: The Vision for the Future" - a roadmap for how to attempt to most effectively grow the game, enhance the football experience for fans and players and build a stronger institution - which includes widespread changes to the World Cup.

Key decisions on the World Cup will now be left to FIFA’s administration in an operating model similar to that for the UEFA European Championship.

Russia and Qatar were chosen to host the next two World Cups, in 2018 and 2022 respectively, despite being ranked as the most high-risk by a FIFA technical group.

According to the plans, warnings of this type will no longer be overlooked.

FIFA also revealed it will work to implement a new, more efficient operating model for the organisation’s highest-profile event, moving from a Local Organising Committee managed by different in-country staff for each edition, to a centralised management operating structure.

Other notable outcomes from day two of the Council gathering in Zurich included confirming the FIFA Football Awards will also be held on January 9.

The ceremony, where the best player in the world will be crowned, will replace the FIFA Ballon d’Or, which had been run in conjunction with France Football Magazine for six years until it was decided an agreement between the two organisations would not be extended.

FIFA confirmed their next Congress will be held in the Bahraini capital of Manama on May 11 next year.