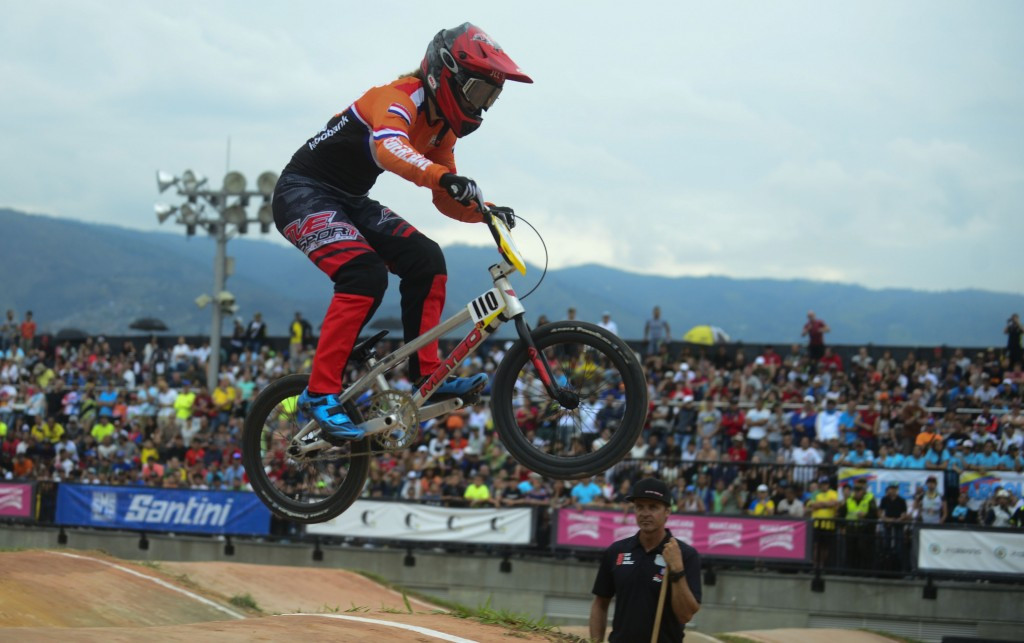 The Dutchwoman showed the fine form which took her to the top of the overall women’s standings last weekend in Rock Hill, the first of two American legs of this year’s series.

Smulders produced a time of 38.102 seconds to claim victory in the superfinal, ahead of the United States’ home rider Brooke Crain.

The American finished 0.655 down in second, while Russia’s Yaroslava Bondarenko clocked 38.953 to complete the top three positions.

Smulders will hope to repeat her performance in tomorrow’s super cross event as she looks to claim the overall World Cup title, ahead of Australia’s Caroline Buchanan.

France’s Sylvain Andre earned the men’s time trial honours, as he triumphed in a time of 33.870.

Overall World Cup leader Corben Sharrah finished down in tenth after clocking 34.679, with the American hopeful of better fortune tomorrow in the supercross.

The qualification motos for the supercross event also took place on the opening day of competition, with Britain’s Tre Whyte, Latvia’s Kristens Krigers, Twan van Gendt of The Netherlands and the American Tanner Sebesta winning each of their rides to emerge as the best four qualifiers.

Russia’s Natalia Afremova and Britain’s Bethany Schriever were impressive in qualifying for the women’s quarter-finals, with the duo winning two and finishing as the runner-up in one of their rides.