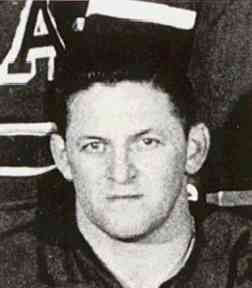 Jack Kirrane, the captain of the United States’ gold medal-winning ice hockey team at the 1960 Winter Olympic Games in Squaw Valley in California, has died at the age of 88.

Kirrane was only 19 years old when he made his international debut with the US at the 1948 Winter Olympics in St. Moritz in Switzerland, making him the youngest player on the team.

Kirrane was unavailable for the American team four years later because he was in the army, and he didn’t attempt to make the 1956 side as he wrongly believed that he was ineligible.

In 1960, he skippered a squad of mostly college players and played with John Mayasich as the team’s top defensive pairing.

The Americans defeated Canada, Czechoslovakia, Germany, the Soviet Union and Sweden in the medal round to secure an unexpected gold.

After the win, Kirrane received a telegram of congratulations from another Brookliner, Senator John F. Kennedy.

"He didn't say much about it (his achievement) unless you asked him," John P. Kirrane, who was five years old at the time, told The Associated Press.

"He wasn't the type of guy to blow his own horn.

"He was modest about it."

Kirrane also represented his country at the 1958 and 1963 World Championships.

A lifelong resident of Brookline, he was an arena manager for some 15 years at Harvard and a firefighter for nearly four decades with a rank of lieutenant.

He was also a veteran of the Korean War but never saw combat, his son said.

He is survived by three children, as well as four grandchildren and five great-grandchildren.