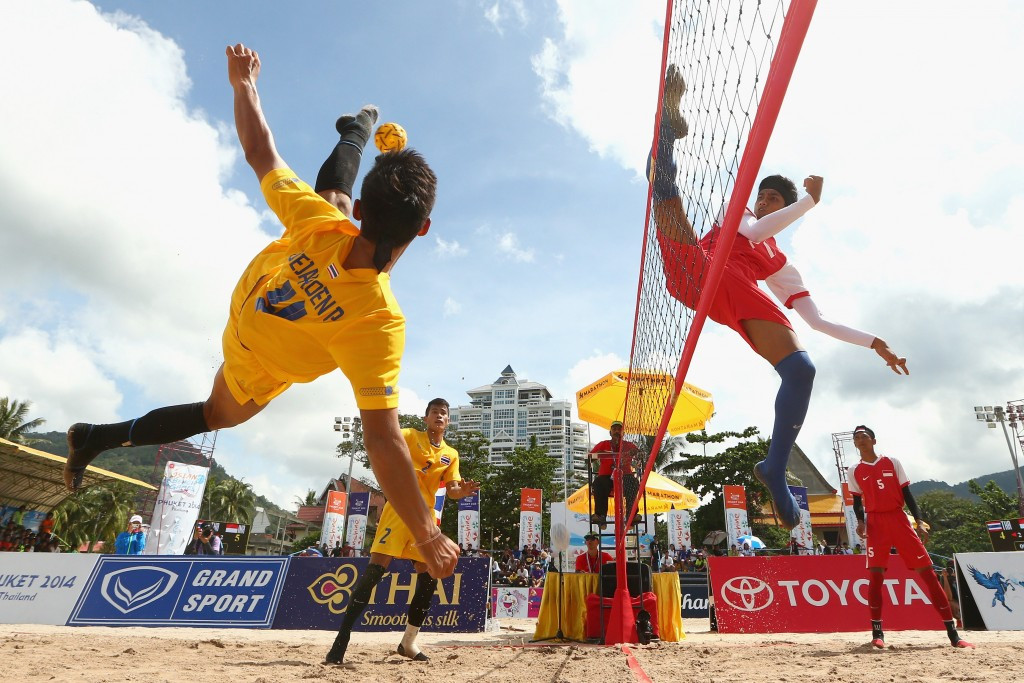 Cambodia, India, Kazakhstan and Turkmenistan are the four nations in contention to host the next edition of the Asian Beach Games, insidethegames has been told.

A host is not due to be chosen until the Olympic Council of Asia (OCA) has finalised its new calendar, however.

It is currently thought most likely that the event will be held in 2019, although this would risk a clash with the inaugural Association of National Olympic Committees (ANOC) World Beach Games expected to be held then in San Diego.

It was announced at last week's OCA General Assembly that the Asian Beach Games would switch from a two to a four-year cycle after the fifth edition which closes here tonight.

A detailed reason was not given for the switch, although it was thought that a move would ease pressure on an already congested sporting calendar and solve the problem of finding host cities for so many events.

This meant that a next edition was expected to take place in 2020.

OCA director general Husain Al-Musallam has now told insidethegames, however, that they want to avoid holding it in the same year as an Olympic Games as it places too great a burden on participating National Olympic Committees.

It currently appears most likely to be held in 2019, he said, a year in which no other OCA multi-sport Games are scheduled.

But, due to the interest they have had, insidethegames understands it is still a possibility that they could switch back to a two-year cycle in order to allow more hosting opportunities.

This includes Kazakhstan and Turkmenistan in Central Asia, which are both officially landlocked although do border the saltwater Caspian Sea.

Specific host cities within these nations remain hazy, although India have put forward the southern beach resort of Goa.

There are three possible locations in Kazakhstan.

One of these would be at a lake close to capital city Astana, Al-Musallam said, while another is near unsuccessful 2022 Winter Olympic and Paralympic contender Almaty.

The third, and the possible Turkmenistan candidate, would both be located on the shore of the Caspian Sea.

Cambodia would be seeking to host a first continental wide event, although the southeast Asian nation was originally due to host the 2016 OCA General Assembly before it was shifted here.

The OCA invariably like to choose one favoured candidate beforehand rather than having a bidding process between rival contenders.

Al-Musallam also claimed to be delighted with the success of Danang 2016.

He cited the compact nature of the event as a particular strength.

"I would like to thank all the organisers and Government authorities," the Kuwaiti told insidethegames.

"It is going to be a real challenge to take the Asian Beach Games to a higher level after this.

"Having all of the venues close together and next to hotels has really contributed to the success of the Games.

"You lose some of the excitement otherwise."

Danang 2016 marks the fifth edition of the continental Games after an inaugural event in Bali in Indonesia in 2008 was followed by competitions in Muscat in Oman in 2010, Haiyang in China in 2012 and Phuket in Thailand in 2014.