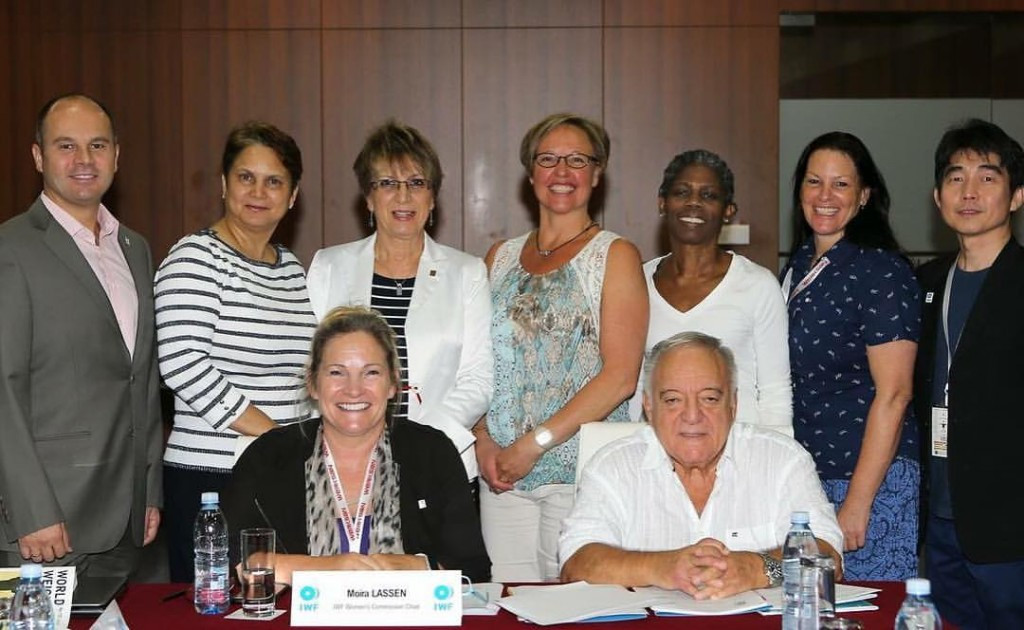 Frustration is growing amid some officials within the International Weightlifting Federation (IWF) Executive Board towards the International Olympic Committee (IOC) due to the lack of sanctions brought against athletes the sport’s governing body has revealed to have been implicated in the Beijing 2008 and London 2012 retests.

Canada’s Moira Lassen, chair the IWF Women’s Commission, admitted to insidethegames on the eve of the latest Executive Board meeting in Beijing, which gets is due to underway tomorrow and conclude on Sunday (September 25), that several members were becoming irritated with the IOC concerning the retest issue.

insidethegames understands doping will be the biggest part of the agenda at the IWF Executive Board meeting in the Chinese capital this weekend aside from potential rule and constitutional changes.

"Well it's frustrating that's for sure," Lassen told insidethegames.

"However the process has to be followed extremely closely especially in such a delicate situation as the retests."

A total of 47 weightlifters have been named by the IWF as having failed drugs test when their samples given during Beijing 2008 or London 2012 were re-analysed by the IOC.

Only nine have currently been punished.

So far, the IOC has only brought sanctions, such as stripping of Olympic medals and disqualification of results, against eight of those athletes from Beijing 2008.

Ukraine’s Yulia Kalina, bronze medallist in the women's 58 kilograms event, is the sole weightlifter to be sanctioned by the IOC from London 2012 after she tested positive for anabolic steroid substance turinabol, an anabolic steroid.

She was ordered to return her medal back in July and none from London 2012 have been announced since.

The  IWF have gradually been releasing the names of those implicated on their website as part of their “"Public Disclosures”.

The first batch were announced on June 15, before further athletes were publicly named on June 18, July 7, July 27, August 24 and September 13.

Of the 47 athletes confirmed by the IWF, 25 returned an adverse analytical finding in the retests from Beijing 2008 and 22 from London 2012.

In response, the IOC said: "The result management of the reanalysis of the samples of the Olympic Games Beijing 2008 and London 2012 is still ongoing and the IOC announces the sanctions when each disciplinary procedure is completed.

"Please note that the IOC can only issue sanctions in the framework of the Olympic Games.

"Outside Games-time this is the responsibility of International Federations."

As a results of the retests, Tomasz Zielinski of Poland, ninth in the men's 94kg competition in London four years ago, is in line to receive a bronze medal after Moldova’s Anatoli Ciricu tested positive.

Ciricu had been set to receive the gold medal, with the initial winner Ilya Ilyin of Kazakhstan and runner-up Aleksandr Ivanov of Russia having also failed tests.

With fourth place finisher Andrey Demanov of Russia, a double European champion, having also been implicated in the retests, Iran’s Saeid Mohammadpour now appears in line to claim the gold medal from London 2012.

Sixth and seventh place finishers Intiqam Zairov of Azerbaijan and Almas Uteshov of Kazakhstan have also been implicated in the retests, which result in the silver and bronze medals being awarded to the eighth and ninth place finishers in London.

Lassen believes the sport has shown a strong stance towards doping, particularly concerning Russia after the IWF banned the entire nation from competing at last month’s Olympic Games in Rio de Janeiro.

The Canadian admitted, however, that the amount of weightlifters named in the Beijing 2008 and London 2012 retests have dealt a big blow to the sport.

"I believe we are making great strides in IWF and we were very stern this summer with Russia,” she added.

“However the retests have been a kick in the teeth for the sport.”

The possibility of adding an eighth women's bodyweight category will also be discussed by the Executive Board in the Chinese capital.

The IWF Congress voted unanimously for the proposal in Tbilisi in June, which will see the amount of women’s weight categories mirror that of the men.

A meeting was held during Rio 2016 surrounding the matter, attended by members of the IWF Technical Committee, Medical Committee and Coaching and Research Committee.