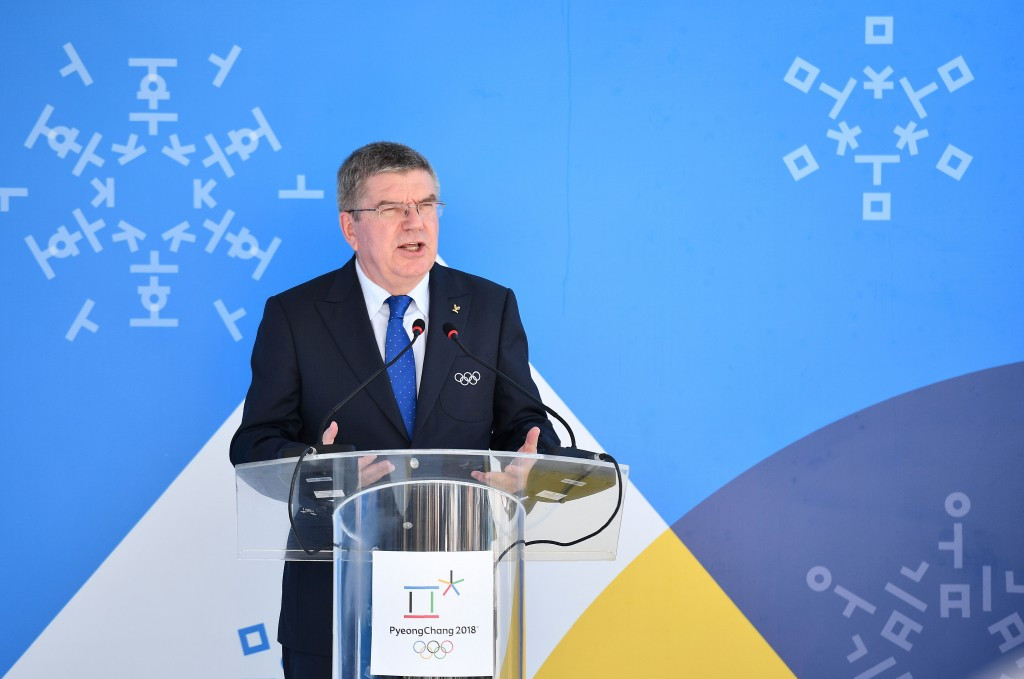 The German arrived in the country today with six other IOC officials, Yonhap reported.

He is due to visit under-construction Olympic venues in both the Pyeongchang and Gangneung clusters tomorrow, while his visit also coincides with meetings between the Sports Ministers of Japan, China and South Korea.

The behind-closed-doors meetings, which will last for two days, are aimed at "laying the foundation for sports cooperation and successful Olympic Games in north-east Asia", according to Yonhap.

A "joint declaration" is expected to be signed at the end of the discussions while Bach is due to attend a dinner reception today, and give a congratulatory speech.

The meetings come ahead of the IOC's Coordination Commission making its latest visit to Pyeongchang between October 5 and 7.

Pyeongchang organisers have today launched a set of coins aimed at celebrating the next edition of the Winter Olympics.

The coins will be issued in two runs, with the first batch of 290,500 to be produced by November 18.

They are designed with images which represent Pyeongchang 2018 and the seven Olympic winter sports.

Lee Hee-beom, the Pyeongchang 2018 President, said: "Pyeongchang will be the second city to host the Olympic Games in Korea after Seoul 1988.

"Therefore, we hope to boost excitement for the upcoming Olympic Winter Games with the commemorative coins and other events."

The coins were launched at a special event where Lee was joined by South Korea's Olympic figure skating champion Kim Yuna, an ambassador of the bid, and other dignitaries.