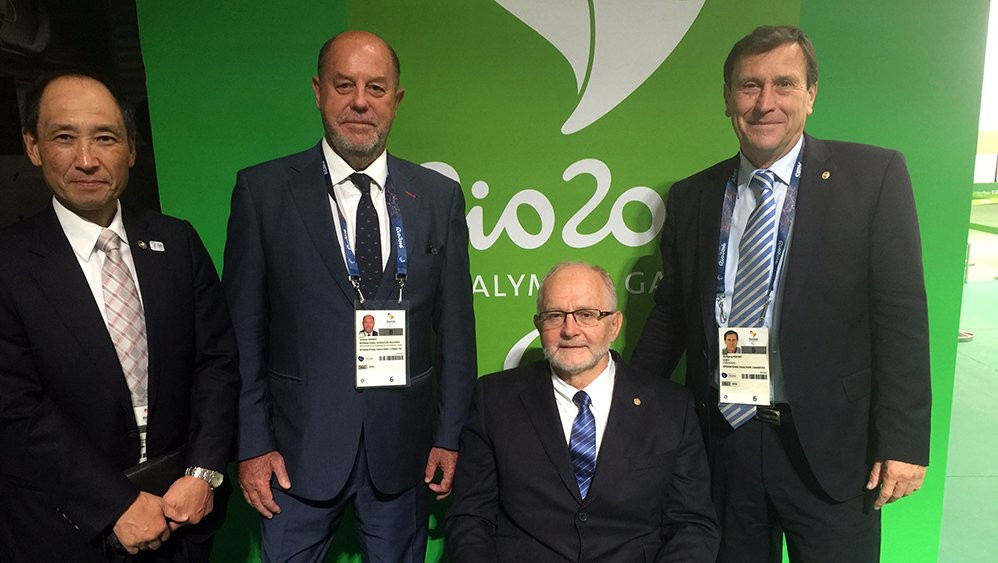 The World Karate Federation (WKF) vowed to continue the development of the Para version of the sport after a delegation from the governing body attended the Rio 2016 Paralympic Games.

During the visit, the sport's worldwide governing body "reaffirmed its commitment to expand and promote Para-karate".

Karate was officially added to the Olympic Games programme for Tokyo 2020 at the International Olympic Committee Session in Rio de Janeiro.

Espinós said being granted Olympic inclusion was "incredible" and that it was a "a moment of great joy and it will be on our minds forever".

The sport was only accepted as a member of the IPC last year and the meeting at Rio 2016 represented an "opportunity to renew the WKF’s strong ties with the International Paralympic Committee".

"The WKF is committed to developing Para-karate, and the evolution of this modality plays a crucial role in our strategy for the next years," Espinós said.

"Our ancient discipline has always been distinguished by our strong values of social integration, overcoming difficulties and universality; Para-karate is essential in our aim of further reinforce our idea that ‘Everyone is Karate’."

The first Para-Karate World Championship was held in Bremen in 2014, where 50 competitors from over 20 countries took part.

The WKF expect this number to increase during the upcoming WKF World Championship, due to be held in Linz in Austria from October 25 to 30.

It will be held alongside the eagerly-anticipated able-bodied event, the WKF's flagship biennial competition.