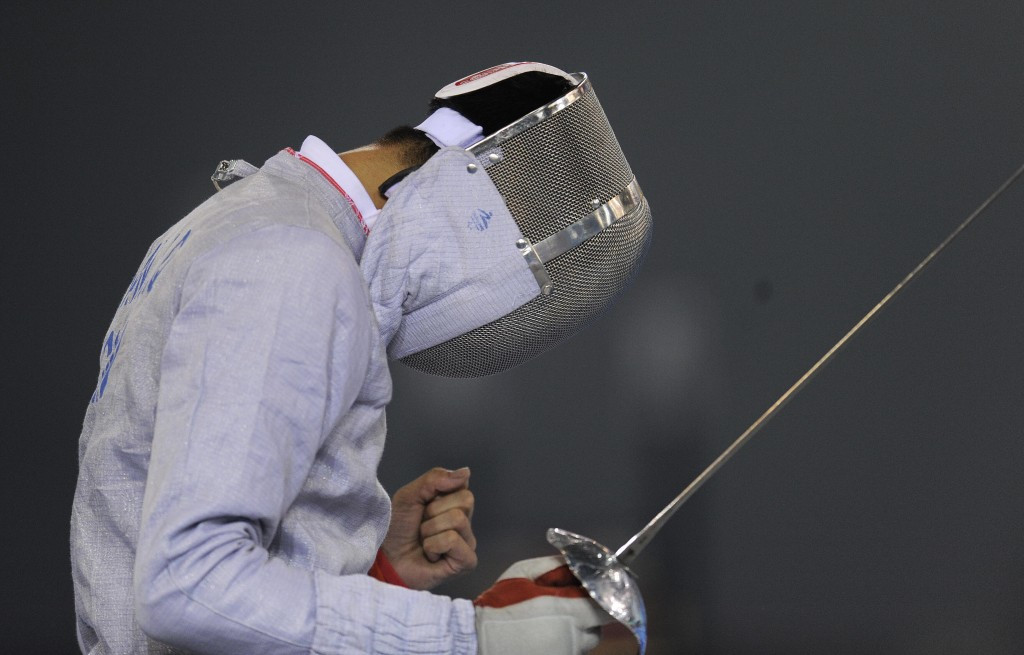 China brought the curtain down on wheelchair fencing events at the Paralympic Games in style as they clinched another two gold medals by winning the men's and women's team foil competitions at the Carioca Arena 3 in Rio de Janeiro today.

The Asian powerhouses were expected to dominate the sport at Rio 2016 and their competitors duly delivered, winning 10 of the 16 titles up for grabs in the Brazilian city.

The Chinese wheelchair fencers came into both team foil tournaments as favourites and they didn't disappoint, with the men comfortably overcoming Poland 45-27.

Their team, made up of Sun Gang, individual foil champion Ye Ruyi and Hu Daoliang, proved far too strong for their Polish opponents, who won just two of the 10 matches.

France took home the bronze medal as they earned a narrow 45-43 triumph against Hong Kong.

"The Chinese team prepared a lot before these Games," Sun, who ended the Paralympic Games with a total of four medals, two of which were gold, said.

"We practised so hard and it's all because of team work.

"We support each other and we are very together.

"That's how we reached this result; this great success during the Games."

It was a similar story in the women's competition, the final event of wheelchair fencing at Rio 2016, as China cruised to the summit of the podium by beating Hungary 45-28.

Led by individual foil and team épée gold medallist Rong Jing, the Chinese side, which also featured Zhang Chuncui and Zhou Jingjing, dropped only three matches on their way to a commanding victory.

The bronze medal contest provided thrilling excitement as Italy, whose team included the formidable Beatrice Vio, the individual foil champion who suffered her first defeat since September 2014 at an International Wheelchair and Amputee Sports Federation Wheelchair Fencing World Cup in Warsaw in July.

Vio needed a win over Yu Chui Yee of Hong Kong in the last clash in the bronze medal match and it didn't look good for her country as she fell behind early on.

But the 19-year-old fought back to claim the points Italy needed to seal third place as the European team edged Hong Kong 45-44.