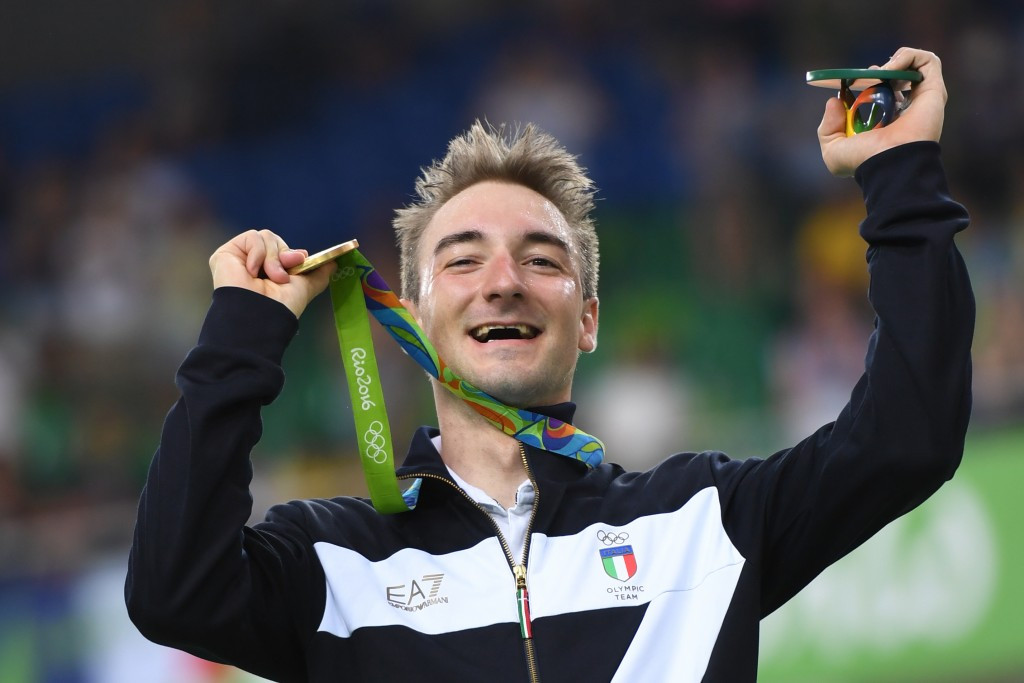 Itaky's Elia Viviani recovered from a crash midway through a dramatic points race to seal the Olympic god medal in the men's omnium event as Britain's Mark Cavendish avoided a disqualification on his way to the silver in Rio de Janeiro today.

Cavendish was the central figure in the incident, where Viviani tumbled to the track floor after he was knocked off his bike by South Korea’s Park Sang-hoon, who had collided with the Briton.

The race was neutralised and Park had to be stretchered off, with Cavendish seemingly at fault.

The Italian, sixth at London 2012 was not to be denied, however, as he got back on his bike before powering to his maiden Olympic gold medal with an overall score of 207 points.

Cavendish, who pulled out of this year's Tour de France with five stages to go in order to ensure he was in the best possible condition for this event, ended 13 points adrift on 194.

The 31-year-old from the Isle of Man pipped Lasse Norman Hansen to second place as the Dane claimed the bronze medal.

The Briton admitted he was the one to blame for the crash, which added to the tension and drama on a thrilling final day.

"It was my fault, I should have been looking more," he said.

"I apologised to Elia after he went down."

Viviani, though, refused to lay blame at the feat of the Manxman for the crash.

"No - it's not his fault," the Italian, who rides for British team Team Sky, said.

"The Korean guy was halfway on his wheel to the right, normally you stay on the wheel.

"Cav was in the front and changed direction so it's all normal.

"It's a normal crash on the track.

"My adrenaline went up so I was really ready.

"I saw the screen, I saw I was the leader of the omnium and I couldn't think.

"When I was in the second to last sprint my coach said to me, 'One point, one point and you're the Olympic champion'.

Viviani came into the 40 kilometres points race - the finale to the omnium competition - as the leader and looked in good form throughout, picking up 29 points during today's event.

Cavendish managed three more but it was not enough to overhaul his rival.