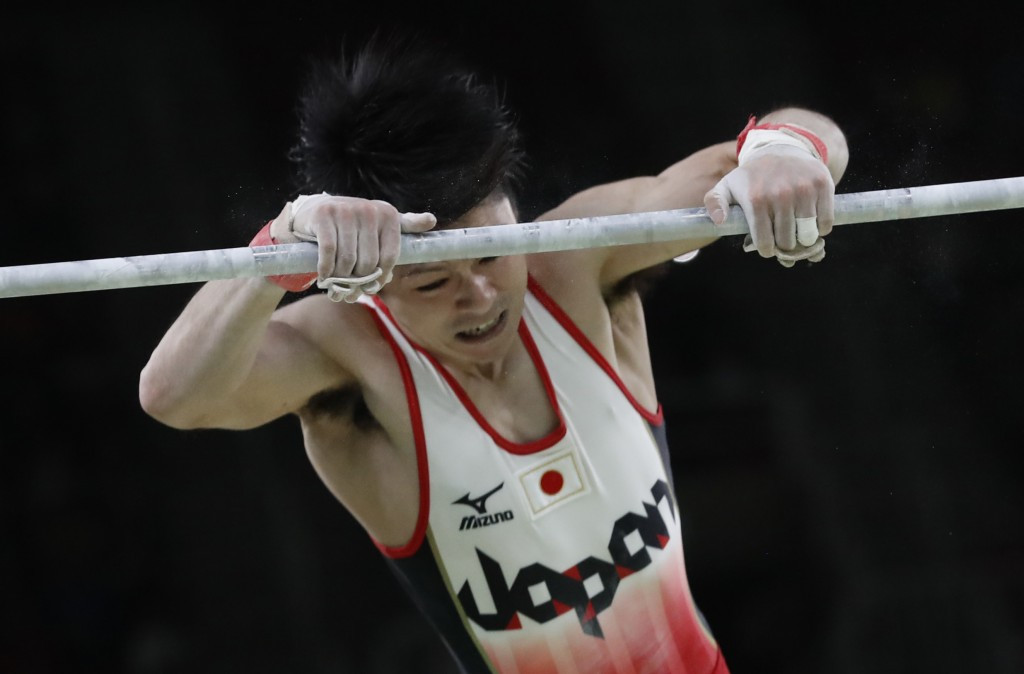 Great champions perform at their best when under pressure and Japan's "King Kōhei" Uchimura did exactly that here tonight, becoming the first male gymnast to successfully defend an Olympic all-around title for 44 years.

He has now set his sights on a hat-trick of titles at Tokyo 2020.

The 27-year-old six-time world champion could be the host country's biggest star in four years time but rarely has he been subjected to as tough a challenge as he faced today.

He trailed Ukrainian rival Oleg Verniaiev until a brilliant horizontal bar performance of 15.800 points on his final rotation gave him a total score of 92.365.

This was enough to overhaul Verniaiev and win by 0.99 points to give him his second gold of Rio 2016 having been part of the Japan squad that won the team competition on Monday (August 8).

"There was only a tiny gap and I didn't have confidence that I would beat Oleg," he admitted.

"Oleg achieved an evenly distributed performance and that is just fantastic.”

The Ukrainian, the reigning European champion, produced the competition's only score over 16 points, a 16.100 on parallel bars, and was the only finallist to manage just one score under 15.

But his horizontal bar routine of 14.800 was not enough to stay ahead against the toughest of rivals.

"I knew what I would have to do," added Uchimura.

"Horizontal bar is one of my favourites.

"I knew what I had to achieve as a target point...I was calm and that was the key to my success."

He admits that he may not be able to win a third all-around title in Tokyo.

That, though, does not mean he will not try.

"By that time my daughter would be old enough, so I hope I would be able to show her what her father can do," Uchimura said.

The last one came at London 1908, when Walter Tysal came second in a competition which included the now defunct event of rope climbing.

In a tight and enthralling compeition, three other men scored over 90 points  - David Belyavskiy of Russia and Chinese duo Lin Chaopan and Deng Shudi - but it was Uchimura who once again had the last word.