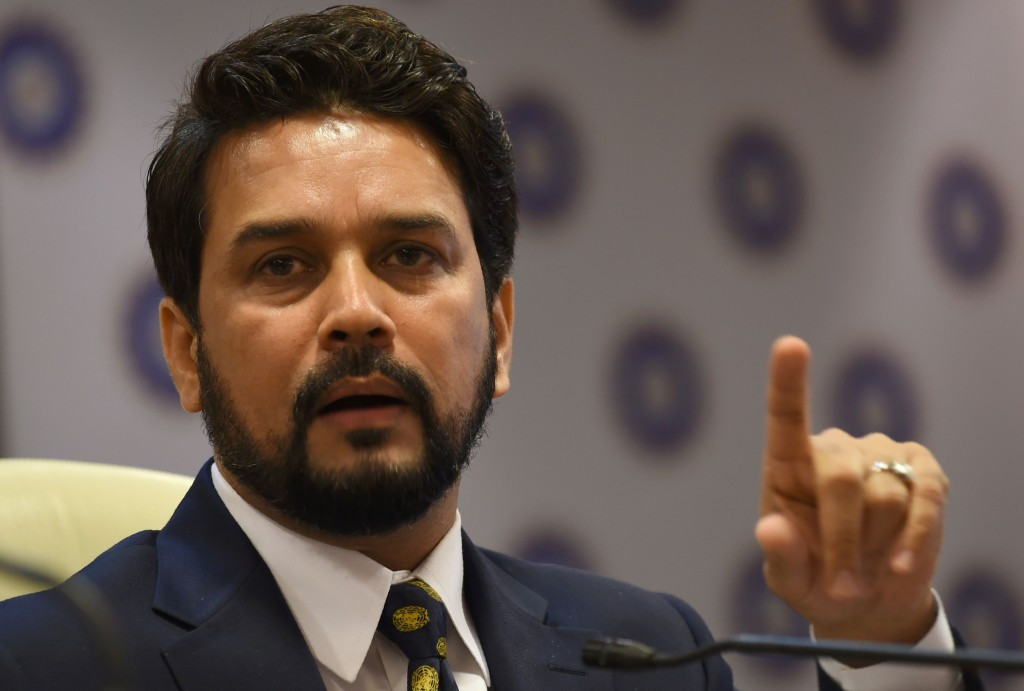 The President of the Board of Control for Cricket in India (BCCI), Anurag Thakur, has said both he and his colleagues will continue to oppose the two-tier Test system to "protect the interests" of smaller nations.

The idea to split Test cricket into two divisions of seven nations, which will include promotion and relegation, does not have the support of the powerful BCCI.

Thakur's statement supports the criticism of the proposal by Sri Lanka Cricket (SLC) and the Bangladesh Cricket Board (BCB), even though the governing bodies in both Australia and New Zealand have welcomed the move.

"The BCCI is against the two-tier Test system because the smaller countries will lose out and we want to take care of them," Thakur told the New Indian Express.

"In the two-tier system, they will lose out on a lot, including revenue and the opportunity to play against top teams.

"We don't want that to happen.

"We want to work in the best interests of world cricket and that is why our team plays against all the countries."

The new proposal to split Test cricket into two tiers - with seven nations in tier one, and five, including two new Test nations, in the second tier - was raised at the ICC's annual conference, in Edinburgh.

ICC chief executive David Richardson discussed the need for Test cricket to have a strict competition structure including promotion and relegation, in order to give the format of the game a greater context.

"Unless we can give some meaning to these series beyond the rankings and a trophy, then interest in Test cricket will continue to waver," Richardson said.

"The same applies if we allow uncompetitive Test cricket to take place too often."

The BCB felt Bangladesh's growth would decline should they be separated from the World's top teams.

"We believe that the more we play against competitive sides, the better we will get," BCB vice-president Mahbubul Anam said.

"If we didn't play against better-standard sides in ODIs, we wouldn't have come this far.

"We were given a reality check when we were promoted to the highest level. I feel that if we go backwards, our cricket will regress."