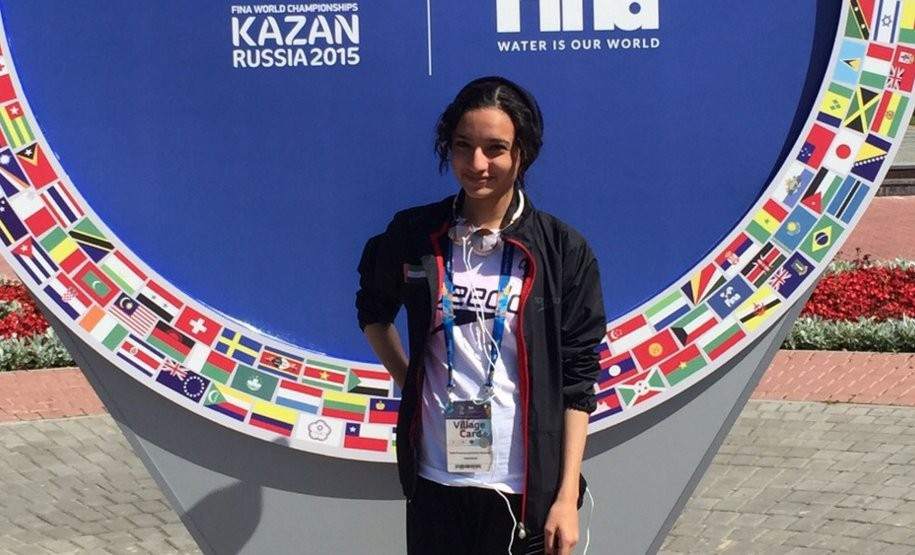 Teenage swimmer Nada Al-Bedwawi has been chosen as the United Arab Emirates' flagbearer for the Opening Ceremony of the Olympic Games here next week.

The 18-year-old will become the second female to carry the flag for the Emirati.

She is the daughter of Mohammed bin Rashid Al Maktoum, the Emir of Dubai, and represented the UAE in taekwondo at Beijing 2008.

Al-Bedwawi is four of female competitors in the UAE's Olympic team of 13 athletes for Rio 2016 and is due to compete in the 50 metres freestyle.

She will be first female swimmer to represent the Emirati in the Olympic Games.

The Rio 2016 Opening Ceremony is due to take place at the Maracanã Stadium on August 5.

"I’m very shocked and I’m very excited and I’m really thankful for their trust in me to be the nation’s flagbearer," said Al-Bedwawi.

"I was reading an article that asked, ‘Will there be a female flag-bearer this year, or not?’

Female swimmers from the Middle East remain a rare occurrence at the Olympics.

Both competed in the 50m freestyle, the same as Al-Bedwawi.

“Of course being one of the pioneers in any field, it puts pressure on that person,” said Al-Bedwawi.

“But I believe I’m handling it well with the help of my coaches, my mum, my friends and my coaches.”