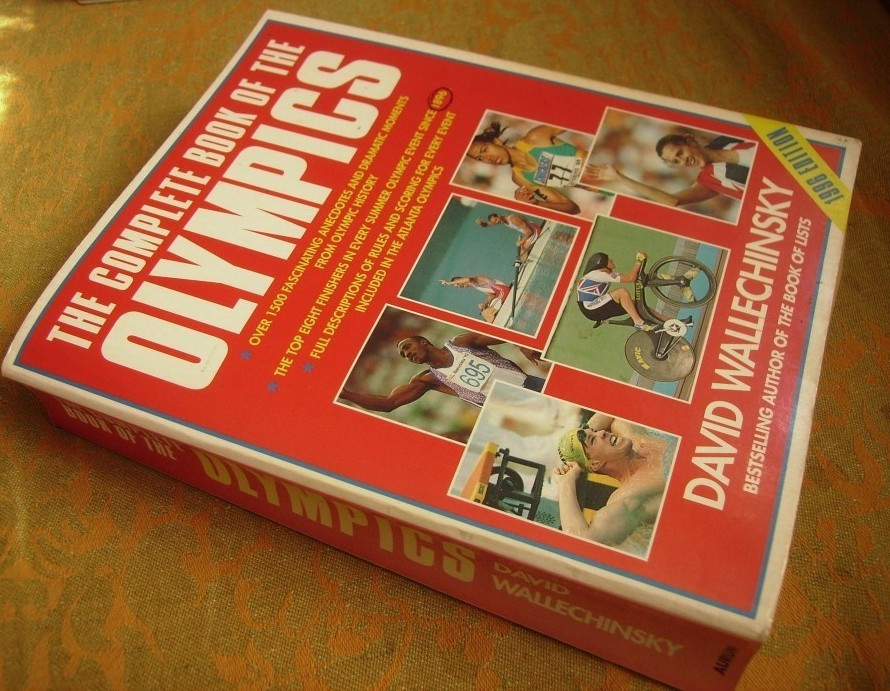 David Wallechinsky has confirmed that, for the first time since 1984, he will not be publishing a new version of The Complete Book of the Olympics on the eve of the Summer Games - and added that writing what has become established as one of sport’s set texts is “no longer cost-effective.”

Speaking from his Santa Monica home as he prepared to set off for Rio de Janeiro to cover his 17th Olympics as a television and radio commentator, the 68-year-old polymath told insidethegames: "Unfortunately, a new edition will not be published this year.

“There are two major reasons.

“The first, ironically, is that I have become so involved in other aspects of promoting an appreciation for Olympic history.

“The second reason is that the book is no longer cost-effective.

“Also, let's face it, had I published a book this year, the 98 plus new doping positives would have rendered it already out-of-date.”

Wallechinsky, who has also produced the companion volume of The Complete Book of the Winter Olympics, said that he had started writing up events from the London 2012 Olympics in the hope of making them “available online before the Tokyo 2020 Games".

On reflection, however, he added: “I was thinking to myself recently, what would it take to get this ready for Tokyo 2020 in the way I want it done?

“I would have to finish all the London 2012 stories, and then add in the Rio 2016 stories, where you are talking about more than 600 events.

“I would probably need to work on it for at least one or two hours every single day."

Wallechinsky added: “For the moment I don’t need to make a decision, but maybe in future I should just do the Winter Games book as it is a much easier project involving 85 events.

“But if I start working on the next Winter Games book, what about the Sochi [2014] Games doping?

“I feel that what is going to happen after the Rio Games are over is the McLaren Committee are going to go deeper into the Russian doping they uncovered, a lot of Russian athletes from Sochi 2014 are going to have their samples re-tested and found positive…

“In a way, what is the point in my writing about this until it is all settled?

Wallechinsky, who will cover the Opening and Closing Ceremonies at Rio 2016 and provide daily summaries for Westwood One/NBC Radio, has a huge range of commitments both within and without the sporting realm.

And as the founder of AllGov.com he provides up-to-date news about more than 340 departments and agencies of the United States Government, detailing not just what it says it does, but what it actually does, and who is making a profit from it.

“All of these activities, combined with my other projects, such as AllGov.com, have left me little time to work on my book,” he said.