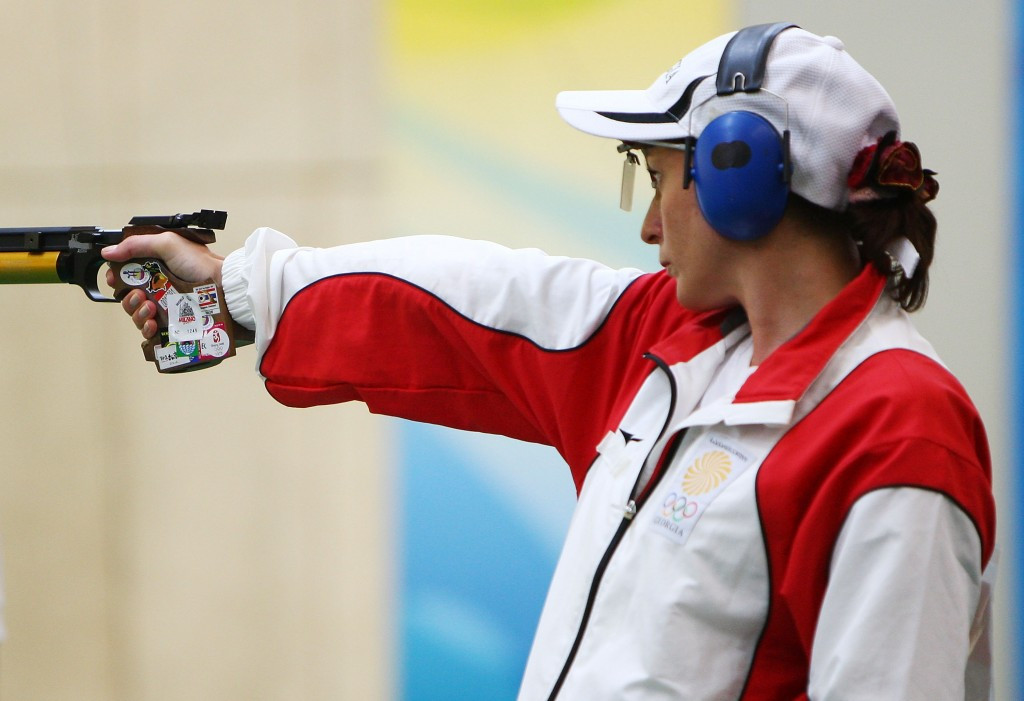 Georgian shooters Nino Salukvadze and Tsotne Machavariani are set to make Olympic history at Rio 2016 as the first mother and son combination to compete at the same Games.

Salukvadze, who will be making her eighth Olympic appearance at next month’s Games in Rio de Janeiro, won gold in the 25 metres pistol event at Seoul 1988 for the now defunct Soviet Union as well as silver in the 10m air pistol discipline.

The now 47-year-old, a bronze medallist at Beijing 2008, told Reuters it would be an honour to represent her country with her son.

“I am very happy and very proud that I will be competing alongside my son,” she said.

“We will do our best to perform well.

“But, frankly speaking, I am a mother after all and will be a fan of my son in Rio.”

Eighteen-year-old Machavariani managed to secure his surprise place on the Georgian Olympic team at the European Shooting Championship in Győr in Hungary in February and is relishing his first-ever Olympics.

“It's a double joy for me, because I will participate in the Olympics for the first time in my life and because I will compete in Rio alongside my mother,” he told Reuters.

It is thought the duo will be the only mother and son to have ever participated at the Olympics together.

They are both coached by Vakhtang Salukvadze, who is Nino's father and Machavariani's grandfather.

According to OlympStats, 56 father and son combinations have competed at the Games, while there are 12 occasions where fathers have represented their country in the company of their daughters.

Margaret Abbott and her mother Mary Abbott participated at the 1900 Olympics for the United States in the golf tournament, while British archers Jessie and Brenda Wadworth are the only other mother-daughter team to compete at the event.

Shooting events at Rio 2016 are due to be held from August 6 to 14 at the Olympic Shooting Centre on the Deodoro Olympic Park.