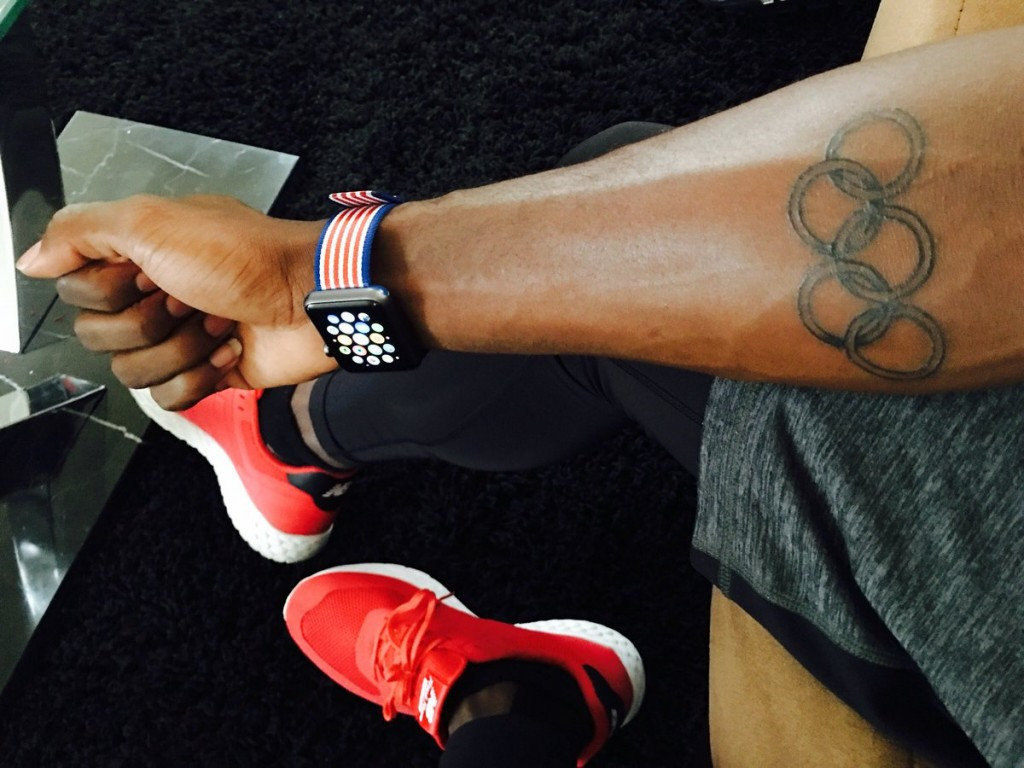 The bands represent the flags of 14 nations involved in this year's Games, which are due to take place from August 5 to 21.

American sprinter Trayvon Bromell has posted a picture of himself on Twitter wearing a band that depicts the colours of the United States' flag.

As well as the US, GQ Magazine reports that bands will also be made available for Australia, Brazil, Canada, China, France, Germany, Great Britain, Jamaica, Japan, Mexico, The Netherlands, New Zealand and South Africa.

The nylon straps are expected to become a collector’s item and fetch considerably higher resell prices.

Apple’s campaign could be perceived as an example of ambush marketing - the practice by which a company attempts to associate its products with an event that already has official sponsors.

Rule 40 of the Olympic Charter is an International Olympic Committee (IOC) regulation that prevents athletes from advertising for non-Olympic sponsors just before and during the Games.

It applies to Rio 2016 during the Olympic Games period from July 27 to August 24 - nine days prior to the Opening Ceremony until three days after the Closing Ceremony.

The rules protect the Olympic TOP sponsors, including Visa, McDonald's and Coca-Cola, which help to bankroll the Olympic Movement, paying around $100 million (£76 million/€91 million) each for four years of global rights to sponsor a Winter and Summer Games.

Those companies and sponsors of National Olympic Committees are exempt from rules designed to prevent ambush marketing.

The controversial Rule 40 was relaxed in February of last year following a high-profile campaign run by a number of top American athletes during London 2012.

The most prominent campaigners for the change were Sanya Richards-Ross, winner of the 400 metres title at London 2012, and Lashinda Demus, the silver medallist in the 400m hurdles, who tweeted regularly about the subject during the Games using the hash-tag #WeDemandChange.

In recent weeks, the United States Olympic Committee (USOC) has sent letters to companies that sponsor athletes but don’t have a commercial relationship with either them or the IOC, warning them against stealing intellectual property.

"Commercial entities may not post about the Trials or Games on their corporate social media accounts," reads the letter written by USOC chief marketing officer Lisa Baird.

"This restriction includes the use of USOC's trademarks in hashtags such as #Rio2016 or #TeamUSA."